Apple Fitness Plus Subscription: Complete Details Of The New Service Introduced By Apple

Apple Fitness Plus subscription service has been introduced by the tech giant during its September 2020 event. Read on to know more details.

Apple recently held its September 2020 event titled 'Time Flies' where they introduced the new variants of the Apple Watch along with the latest iPad Air. Along with new hardware, Apple also introduced a new subscription service called 'Apple Fitness Plus' which will be starting off in late 2020. The new fitness-centric Apple subscription service has been built for the Apple Watch and allows users to get their hands on guided workouts. Check out details about the Apple Fitness Plus service below:

Also read: Apple Watch trade in values revealed by the company for Series 5 and lower

As of now, Apple has only introduced USA-specific prices for the Apple Fitness Plus service. The plans start off at $9.99 per month and $79.99 for a yearly plan. Besides this, new Apple Watch buyers will get three months free Apple Fitness Plus and users who already own an Apple Watch will be given the service for free in the first month. 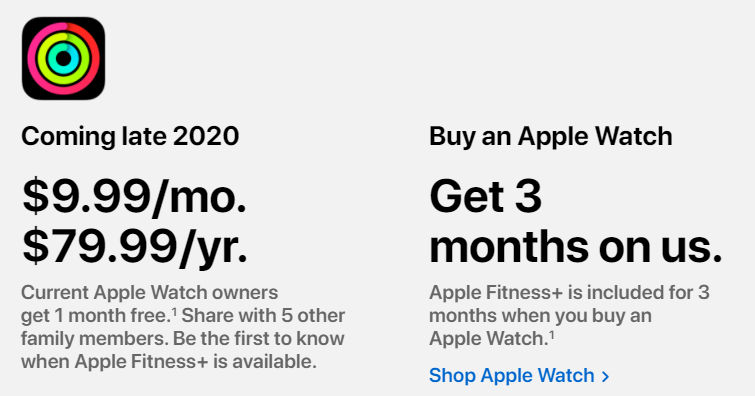 At the launch of the service, a number of fitness trainers specializing in different fields will be creating content revolving around workouts for users. Trainers belonging to different fitness forms like athletes, yogis, ironman champions, coaches, gymnasts, and many more have been brought together by Apple for their fitness program. Apple has also shared the names of trainers on their official website which include Molly Fox, Bakari Williams, Dustin Brown, Anja Garcia, John Gonzalez, and many more. 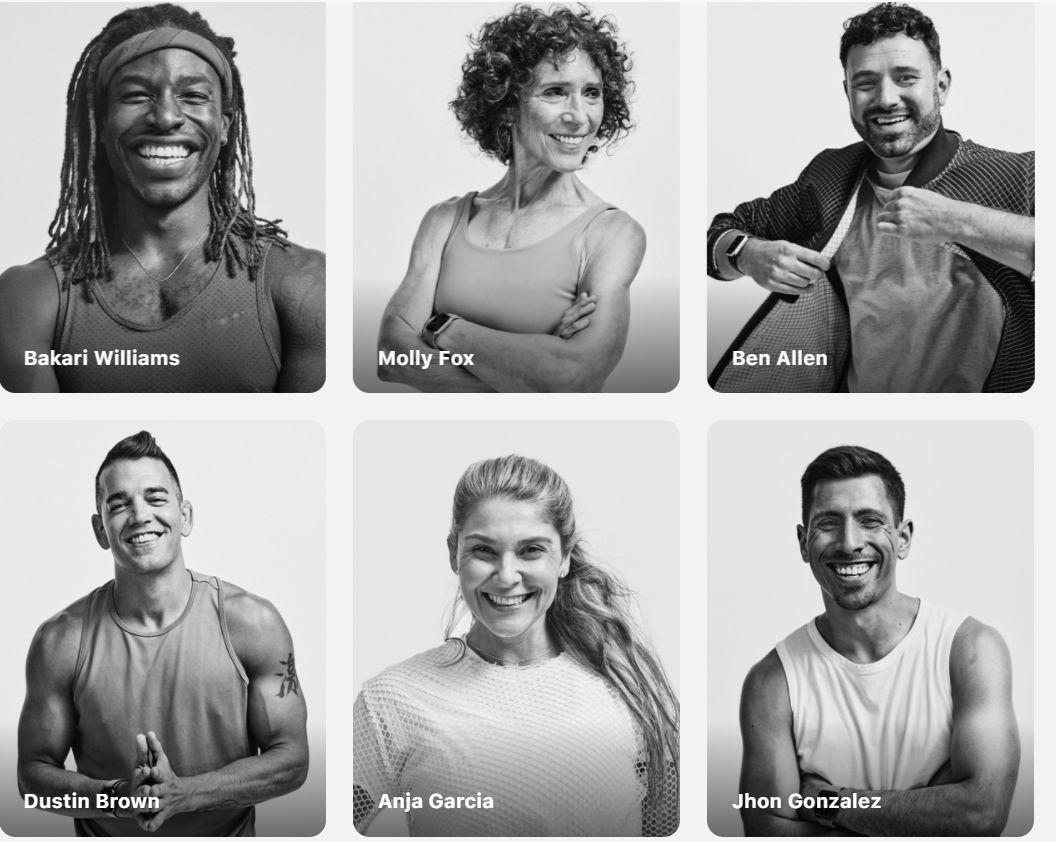 Apple Fitness Plus other details

At the launch, Apple Plus Fitness will only be available in the US, UK, Canada, Australia, New Zealand, and Ireland. Users will also be able to share their subscription with five other family members with the option of 'Family Sharing'. However, only Apple Watch Series 3 and above will support this feature.

The Fitness Plus subscription will require Apple Watch 3 and above in general and iPhone 6S and above along with the iPhone SE. The service will provide personalized recommendations to users depending on their fitness needs and will use the Apple Watch in order to track the workout and make it an immersive experience. People with Apple Music subscription will also have the feature to favourite music from their workouts and listen to it later.

Also read: No iPhone 12 this year? Apple to not announce new iPhone at virtual event