Mr Beast who is known for his extravagant stunts, to entertain his fans has recently bought a private island to give it away to one of his fans. Details inside. 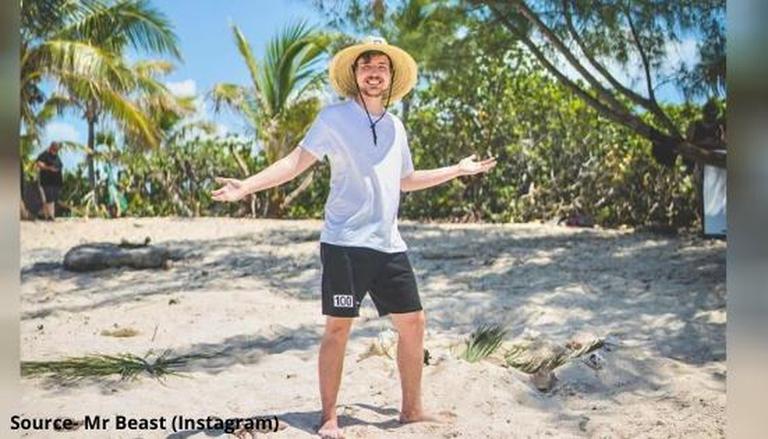 The 22-year-old YouTube Star Mr Beast is known for doing extravagant challenges and many million-dollar giveaways on his channel. The YouTube star has risen to fame on the platform because of his over the top video ideas. However, this time Mr Beast has taken it to whole another level. In a video uploaded on Mr Beast's channel on August 15, 2020, he announced that he had bought an island. He further claimed that he will give it away as a prize to one of his subscribers. Read on to know more about the giveaway.

In his latest YouTube video, which was uploaded on August 15, Mr Beast revealed that he has just bought a real island for $730,000. In the video, he was seen walking through the island, while giving an Island Tour to his subscribers. While talking about the island Mr Beast explained that there is a beach, a jungle, and a cave present on the island. Mr Beast claimed that the island was nearly four football fields long.

Where is Mr Beast’s Island located?

In the video, the YouTuber revealed that the island is called Golding Cay, and it is located in The Bahamas. The Golding Cay Island is located just north of Russell Island. It takes a 10-minute boat ride from the fishing village of Spanish Wells, to reach Mr Beast’s Island.  According to the YouTuber, the island’s location makes it easy for its dwellers to get supplies from nearby places. Many nearby restaurants are also within the reach. Moreover, Golding Cay is also close to North Eleuthera International Airport.

Is Mr Beast really giving the island away?

In his previous video, Mr Beast bought $100,000,000 worth of lottery tickets and then added all of his winnings together. However, it turned out that he actually ended up losing more money than he gained through the lottery. He was only able to gain back $720,000 in winnings.

Mr Beast decided to buy an island from the money he had made. He also revealed that he will be giving it away to one of the volunteers, who would agree to help him in scanning all the lottery tickets. As many as ten volunteers will compete on the island, and the winner would get to keep it.

According to a report on Nail Buzz, Mr Beast’s net worth is $18 million. Most of the YouTuber's wealth comes from the videos on his YouTube channel. He has over 39 million subscribers on YouTube. Most of Mr Beast's YouTube videos cross the 20 million views on average, thus making the 22-year-old YouTube star amongst the wealthiest of YouTube creators.