Fortnite Tess Skin: Who Is Tess In Fortnite? How Much Does The New Tess Bundle Cost?

Epic Games has added a new Tess skin in Fortnite which is available for purchase through the in-game item shop. Scroll on to learn everything about the new skin 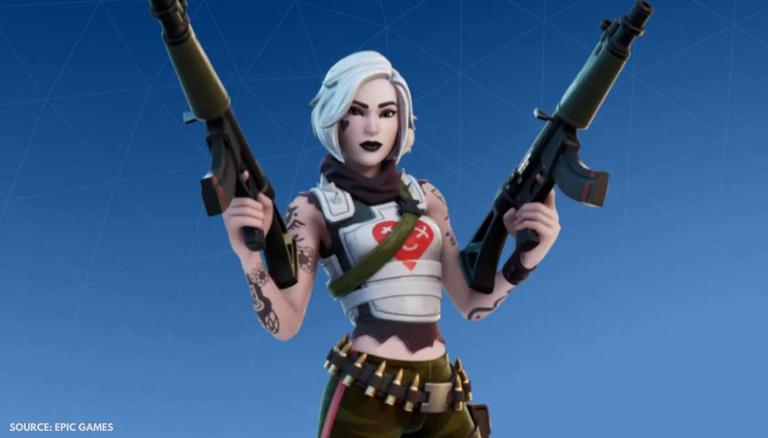 Epic Games has been thrilling fans with numerous collaborations with franchisees for its famed title, Fortnite. The collaborations gave rise to various skins and outfits that we see in the battle royale game. Now, the gaming studio has released a new Tess skin which is available for all fans.

The new Tess outfit has been released as part of the Tess bundle. Tess is a rare female avatar outfit in Fortnite that was added on February 7, 2021, during Chapter 2 of Season 5. The character is a white-haired warrior who loves playing with all kinds of heavy weapons. She also wears dark make-up and has dark tattoos all over her arms. The Tess skin has received numerous praises from the community and is available for purchase now.

Your best friend... or worst enemy.

Grab the Tess Bundle in the Shop now! pic.twitter.com/12Br5hJsDc

How much does the Tess Bundle cost?

Fortnite players can purchase the new Tess Bundle for 1,800 V Bucks from the Fortnite Item Shop. Along with the Tess skin, the bundle also comes with a bunch of other items which include the Spikey Jet glider, Prickly Heart back bling, Tricksy Axe, Hearts and Bullets weapon wrap, and a harvesting tool. If you don't wish to get the entire bundle, you can buy the Tess skin for just 1,200 V Bucks.

The Tess Bundle is available in the Fortnite Item Shop as a feature item. This means that the bundle could be in the store for a few more days before it disappears.

While the Tess bundle is now available for purchase, Epic Games is all set to release two more skins in Fortnite for the upcoming event that will be themed around Valentine's Day. Lovely and Cuddle King are the new outfits that will be up for grabs once the event goes live. The gaming company will also add a range of special quests and challenges to celebrate the romantic day.

Also Read | How To Merge Fortnite Accounts: Merge Your Primary And Secondary Accounts

WE RECOMMEND
Fortnite textures not loading: How to fix the textures glitch?
How to merge Fortnite accounts: Merge your primary and secondary accounts
Fortnite Patch Notes: All the new stuff coming to Fortnite in v15.30 plus a new game mode
Fortnite Wanna See Me emote arrives in Fortnite Item Shop: How much does it cost?
Fortnite update 3.03 patch notes: What is the new Fortnite update?