A new Fortnite Valentine's Day event is set to go live in the game and it will bring a range of special rewards for the fans. Scroll on for all the rewards. 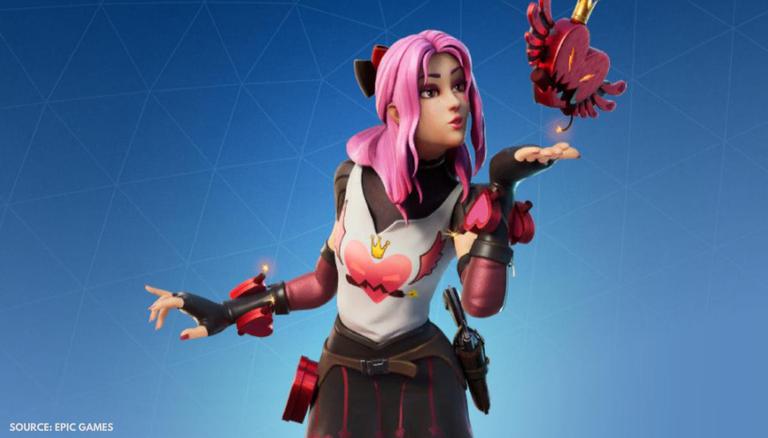 Epic Games is set to host a special Valentine’s day event which will bring a plethora of new content and other special items for the fans. All the Week 11 quests will be based around the romantic day. Completing these quests will reward players with various themed content and cosmetics. Several Fortnite leaks have revealed all the special items and skins that Epic has planned for the event.

Also Read | Where Is The Slurp Bazooka In Fortnite: Get All Remedy Locations

The gaming company will introduce two new Fortnite skins for the event which include Lovely and Cuddle King. For the new Lovely skin, Epic will also introduce a quest where you might be tasked with choosing a character which would be Lovely's Valentine. Here's a look at the two skins.

Also Read | How To Merge Fortnite Accounts: Merge Your Primary And Secondary Accounts

We should see the next update to Fortnite as soon as next week due to a Week 11 quest to "Choose a character to be Lovely's Valentine!"

Despite this, Cuddle King & Lovely aren't finished, which means an update would be required for the quest to work. pic.twitter.com/08y5w6ppnR

As part of the event, there will be numerous other rewards up for grabs. These include the new Valentine’s Day Techno Grip Axe, Combat Knife, Breathless Blades, Galactic Spiral wrap, Stuffy Back and a lot more. Here's a look at everything that will be arriving for the upcoming special event.

Also Read | Fortnite Wanna See Me Emote Arrives In Fortnite Item Shop: How Much Does It Cost?

The Valentine Day event will arrive in the battle royale with a new Fortnite 15.30 update that will be soon available for download. The Fortnite Week 11 challenges for Chapter 2, Season 5 have also been leaked online and it is clear that all the quests will be themed around Valentine's day. Just like any other week, players will get an opportunity to level up their battle pass and boost their XP. Luckily, there will also be tons of rewards to unlock throughout the course of the event. However, players should note that the special themed items will only be available for players for as long as the event lasts.

To earn all the Valentine-themed rewards, make sure that you have already purchased the new Season 5 battle pass which costs around 950 V-bucks. You can also choose to subscribe to Epic Games’ new Fortnite Crew monthly subscription service which costs $11.99 per month. With the new Fortnite Crew membership, you receive monthly 1000 V Bucks and a bunch of other items, along with the Battle Pass.

Also Read | Fortnite Textures Not Loading: How To Fix The Textures Glitch?

WE RECOMMEND
Fortnite Wanna See Me emote arrives in Fortnite Item Shop: How much does it cost?
Fortnite update 3.03 patch notes: What is the new Fortnite update?
How to merge Fortnite accounts: Merge your primary and secondary accounts
Where are the new NPCs in Fortnite? Learn more about Fortnite Character 43 and 44 here
Fortnite textures not loading: How to fix the textures glitch?