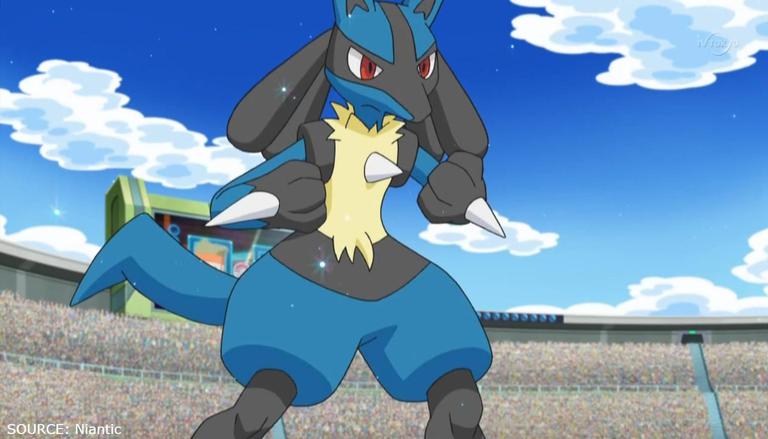 Lucario is a Fighting & Steel-type Pokemon and it evolves from Riolu. Just like other fighting and steel-type Pokemons, it is weak against Fire, Fighting and Ground moves. Lucario's strongest moveset is Counter & Aura Sphere and it has a Max CP of 2,703. Lucario can read its opponent's feelings by using its aura waves. It is common for this Pokemon to get stressed as many times it reads feelings which he should rather not know.

Lucario is a Fighting and Steel-type Pokemon with a max CP of 3056, an attack of 236, 144 defence and 172 stamina in Pokemon Go. The Sinnoh region of Gen 4 is where it was originally found. Lucario is weak against Fighting, Fire and Ground-type moves. It gets boosted by Cloudy and Snow weather. Lucario's best moves are Bullet Punch and Aura Sphere (18.40 DPS). Below is a list of the best moveset for this Pokemon:

Lucario is a Fighting/Steel-type Pokemon, which makes it weak against Fire, Fighting and Ground moves. Lucario evolution is from Riolu which costs a total of 50 candies. Some of the strongest Pokemon that the players can use for defeating Lucario are: