Google could release a new foldable smartphone during its October event. Here is all the information about the latest leaks on upcoming Google foldable phones. 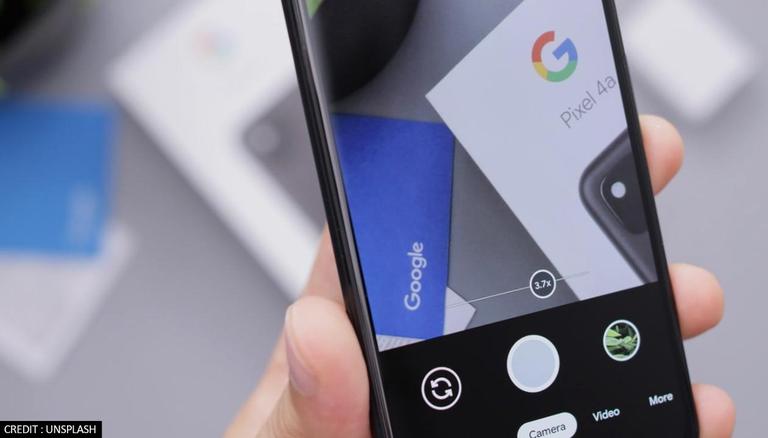 
Google has been on the top of its game to come up with their new generation of Pixel phones by the end of 2021. They have already scheduled a new Google event to take place on October 19 and the community is expecting to see the Google Pixel 6 series getting launched during this event. But recent leaks from GSMarena confirm information about a new Google foldable device. The leaks suggest that Google is working on releasing a new Google foldable device by the end of 2021. Here is all the information available on the internet about Google leaks hinting at the release of a foldable smartphone.

The information about the new Google foldable device started coming in after the Display Supply Chain Consultants executive shared a list of smartphones. They shared that the new phones are going to use the LTPO OLED panel. A similar display is also seen in Apple’s new generation of phones including the iPhone 13 Pro and iPhone 13 Pro Max. Not much information can be found on the internet about this new Google foldable phone. Other leaks from the industry experts suggest that a phone with a “GPQ72” model number was seen recently and it was given the code name, "Passport” which allegedly is the upcoming foldable Pixel phone. it seems that Google is following Samsung's footsteps to release new foldable Android phones for its users. Apart from this, the community has heard about several leaks about this upcoming Google launch for a long time now.

Google recently confirmed that Pixel 6 phones are not going to use any third-party processors like Snapdragon or AMD and is going to be powered by an in-house processor. The exact name of this processor has not been released but the industry experts are calling it the Tensor processor. Leaks about the phone suggest that it is going to get an all-new design along with a new horizontal camera bar at the back. Pixel 6 will sport a 6.4-inch FHD+ display with a 90Hz refresh rate, while the Pixel 6 Pro is going to have a 6.7-inch QHD+ panel with support for a 120Hz refresh rate. Keep an eye out for any updates on the company’s social media handles.

WE RECOMMEND
Google reveals first look of Google Pixel 6 and Pixel 6 Pro in New York
Google doodle remembers Japanese scientist Michiyo Tsujimura on 133rd birth anniversary
Google Pixel 6 Launch date set for 2021 fall; See the latest Pixel 6 teaser here
Google pledges to replenish 20% more water than it consumes by 2030 amid US droughts
Google's Pixel 4A 5G, Pixel 5 to be discontinued; phones sold out ahead of Pixel 6 launch
Listen to the latest songs, only on JioSaavn.com