Apple's iPhone 12 Pro Max has been announced by the company today during the 'Hi Speed' event. Read below to know details about the latest device -

Apple's 'Hi, Speed' event wrapped up moments ago and as expected, focused heavily on the launch of 5G-based iPhone 12s. While the iPhone 12 and iPhone 12 mini are enough for general users to get through their basic needs without a hassle, some users like to go the extra mile and get their hands on the higher end devices offered by the tech giant company.

The high-production virtual event held today introduced a lineup of four iPhone 12s which each come along with their unique pros. While the iPhone 12 and 12 Mini pack a punch with their affordable form-factor, the 12 Pro Max brings in a flagship feel to the already stylish lineup.

iPhone has recently revamped their design with the iPhone X, thus the look and feel of the device has not changed substantially. While this was expected, the leaked iPhone 12 Pro Max rocking four lenses with a flash in the middle turned out to be false. The flagship device comes with a 6.7-inch Super Retina XDR screen which is significantly bigger than the 6.5-inch screen of the iPhone 11 Pro Max. It boasts a stainless steel band coupled with colours like Silver, Graphite, Gold, and a newly introduced blue colour. Taking the processor into consideration, Apple has yet again kept things simple by introducing the A14 Bionic chip, unlike the leaks which suggested that the company will be moving ahead with AMD-integrated chipsets.

Also read: Amazon Great Indian festival sale to have iPhone 11 at a discounted price; details inside

The camera has always been one of the key elements of an iPhone which was heavily focussed during the event also. The iPhone 12 Pro Max features a 12MP F1.6 lens, 12MP ultrawide and a 12MP telephoto camera which has been deemed by Apple to provide better low-light photography. The event did not reveal the actual RAM iPhone 12 Pro Max features, however, it was earlier believed to be housing a 4GB Ram to support the latest A14 Bionic chip. 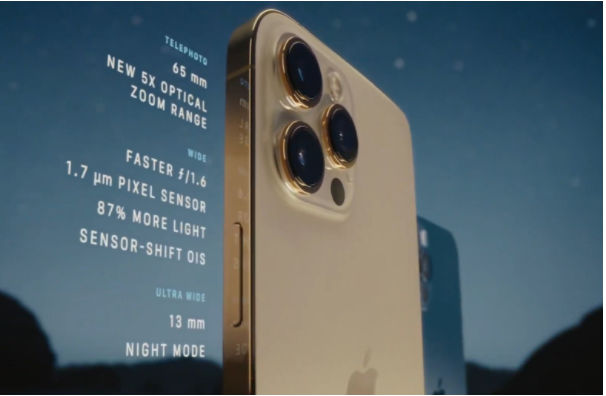 The pricing of flagship devices is always a major concern, but this year around, Apple has decided to keep the prices in the same range as the previous versions. The iPhone 12 Pro Max begins at $1099. The iPhone Pro Max will start shipping in the US from November 13, 2020.

WE RECOMMEND
2 weeks ago
Apple accidentally reveals details about iPhone 12 before its release, find out
3 weeks ago
iPhone 12 release date and pre orders date leaked, to commence on October 13
6 days ago
iPhone 12 wireless charger release ahead of its launch; Read details
1 week ago
iPhone 12 leak ahead of big reveal gives a glimpse of what to expect
5 days ago
Apple Event Live Blog: iPhone 12 Pro marks new era of iPhone with Dolby Vision HDR, LiDAR