IPhone 12 Vs IPhone 12 Pro: Which Device Has Better Features?

Apple iPhone 12 vs iPhone 12 Pro comparison has been listed below. Read to know the key differences between the two flagship devices announced bt Apple -

Apple's highly anticipated 'Hi, Speed' recently took place and announced an exciting new line up of iPhone 12s which ranges from Mini to Pro Max variants. While the company has maintained its staple form-factor and continued to push similar-looking devices. But, they pack a punch with their top of the line specifications. While the iPhone 12 is somewhat of a budget offering, the iPhone 12 Pro delivers a flagship-level experience to the end-user. Read below to know the comparison between the two latest iPhone 12s -

The iPhone 12 also comes with the much-advertised 5G along with an A14 Bionic chip which is based out the latest 5nm technology. While the design altogether looks similar to the previous devices, the bezels have been trimmed down. The camera has been updated to feature a 7-element lens which can process night mode stills at exceptional quality. The company has claimed that it features a ceramic shield glass display which is the toughest int he industry. The ceramic shield technology has been developed with the collaboration between Gorilla Glass and Apple. Whereas, the device features a 6.1-inch display which is integrated with Apple's Super Retina XDR technology, allowing it to showcase crisp OLED images. While the display still retains the 6.1-inch form-factor, the device altogether has been trimmed down to be 11% thinner. 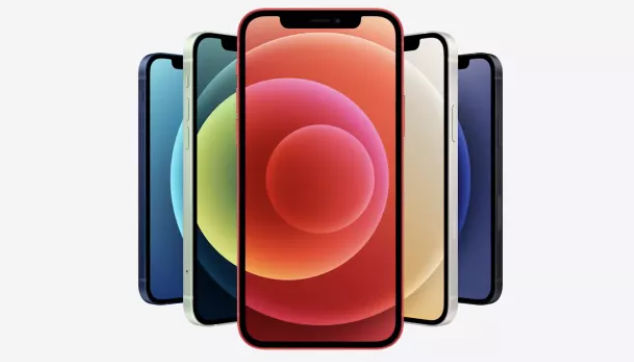 The deciding factor between choosing an iPhone 12 or 12 Pro can be the additional camera lens, and of course, the pricing. While the iPhone 12 comes at a starting price of $799, the 12 Pro starts at $999. All the devices in the latest iPhone 12 have similar processors and RAM along with the support of MagSafe. Whereas, while the iPhone 12 comes with a  base storage option of 64GB, the 12 Pro comes with 128GB. The camera quality between the two devices changes drastically. The iPhone 12 Pro and Pro Max are first-ever devices to support Dolby Vision HDR. The company claims that the devices can shoot cinematic videos and even urged the users to create their own industry-standard film. Overall, both the devices pack a punch for end-users.