Realme TV is going to be launched on May 25, 2020. Know the details about Realme TV expected price, specifications, launch date and more. Read ahead.

Realme has finally revealed the designs and specifications of the Realme TV and Realme Watch on its official Indian website. According to the website, Realme TV will be available in multiple variants ranging from 32-inch to 65-inch. The Smart TVs of the brand will run on Android with its OS supporting additional content. The online portal of Realme has also revealed that the TV has many alluring qualities such as support for OTT platforms, full-HD and ultra-HD/4K options and more. 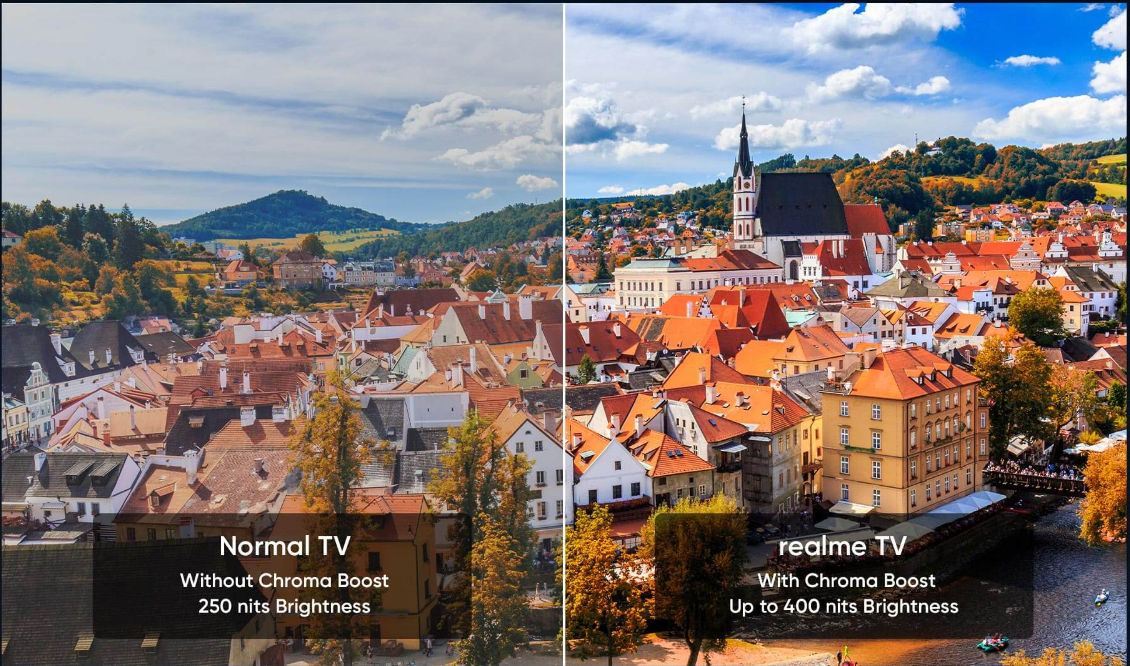 Apart from all these features, the smart TV will support the OTT platforms including Netflix, Amazon Prime, and Disney+ Hotstar similar to other brands are offering. But, the reports revealed that Realme will be having more OTT platforms compared to others such as Hulu, Voot, Alt Balaji, Zee5, Sun Nxt, Hoichoi and more. The revelation on the Realme website had many images of Realme TV which reportedly displayed Google Assistant logos on the box. The smart TV has also said to have Bluetooth SIG certification as per the mentioning on the site.

Realme TV price in India is reportedly expected to be around Rs. 30,000 for the smallest variant under the brand. The smart TV comes with full-HD and ultra-HD/4K options. The smart TV is also said to provide its users with Wi-Fi and Bluetooth options as well.

The Realme TV and Realme Watch are going to be launched on May 25, 2020, at 12:30 PM IST. Users will get to know more about the features, specifications and more about the smart TV, once it hits the Indian market. However, only limited information is available on the official website about Realme TV.

Also Read | Hotstar not working on Smart TV? Here is how you can try fixing the problem

PEOPLE HAVE PLEDGED SO FAR
LATEST NEWS
View all
22 hours ago
OnePlus Z specifications, expected price, launch date and more
2 days ago
How to turn off contact tracing on iOS 13.5? Here's a detailed explanation
3 days ago
How to close apps on iPhone 11 and iPhone X? Learn simple steps here
22 hours ago
How to turn on iPhone 11? Here is all about switching on an iPhone 11
1 hour ago
Infinix Hot 9 and Hot 9 Pro to launch at 12 PM today on Flipkart; here are all the details