Samsung Galaxy A7 (20180) smartphones have now started receiving their One UI 2.0 Android 10 updates. Find out what cool new features are waiting for you.

Samsung has recently started rolling out One UI 2.0 Android 10 upgrades for Galaxy A7 (2018) smartphone users. The smartphone, Samsung Galaxy A7 was introduced in the market in September 2018 with Android 8 Oreo OS. The smartphone company is known for providing major updates for its Android devices. 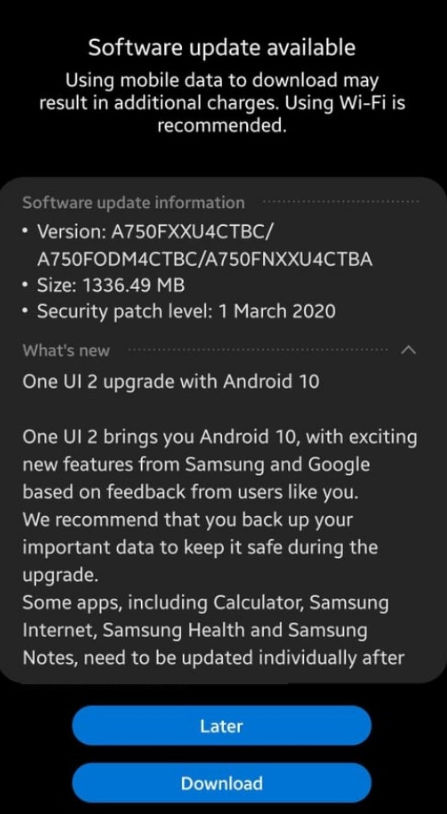 The latest One UI 2.0 update for Samsung Galaxy A7 (2018) is currently rolling out in India and other countries will get their updates soon in the next few weeks. The new software update comes with build version A750FXXU4CTBC/ A750FODM4CTBC/ A750FNXXU4CTBA which is 1336.49 MB in size. The software upgrade brings Android 10 and One UI 2.0 with the new March 2020 security patch.

The change in the new update includes; Darkened wallpapers, clear app icons, enhanced animations with a playful touch, improved layouts for titles and buttons, new navigation gestures and more. This UI update also brings access to One-handed mode and Better text over wallpapers in new ways for the Samsung Galaxy A7 smartphone. 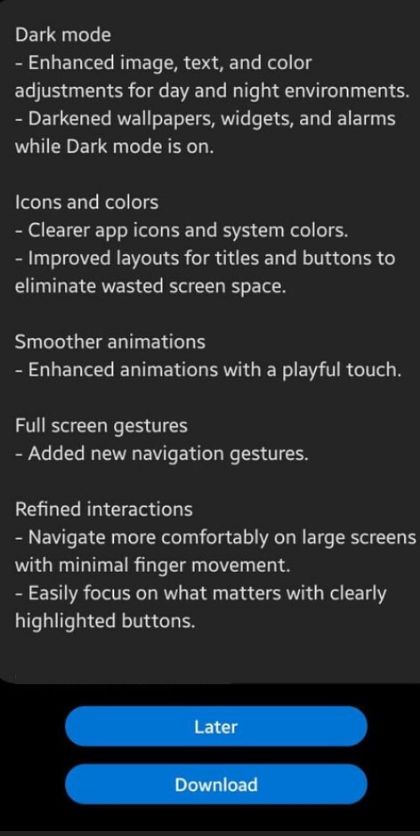 If there is a problem in the Samsung Galaxy A7 (2018) and you have not received the update notification, you can simply do it manually by following these steps

Note: Do this process only when your phone is above 90% battery charge. If the phone is below the charge percentage, there is a high chance that it will shut down the middle of the downloading and installation process. This may cause problems. View the list of upcoming One UI 2.0 Android 10 updates for other Samsung Smartphones here.