Days after billionaire entrepreneur Elon Musk tweeted that he intended to sell almost all of his physical possessions and that he “will own no house", two of his Los Angeles mansions appear to be up for sale on property website Zillow for $30 million and $9.5 million. According to reports, the listings, which say they’re “for sale by owner,” went live on Sunday.

Musk’s two luxury properties are both in the posh Los Angeles neighborhood of Bel-Air. One is a five-bedroom ranch which is said to be worth $9.5 million and the former home of movie star Gene Wilder, who played Willie Wonka in Willie Wonka & the Chocolate Factory. The other is a six-bedroom estate overlooking the Bel-Air Country Club is considerably more expensive at $30 million. 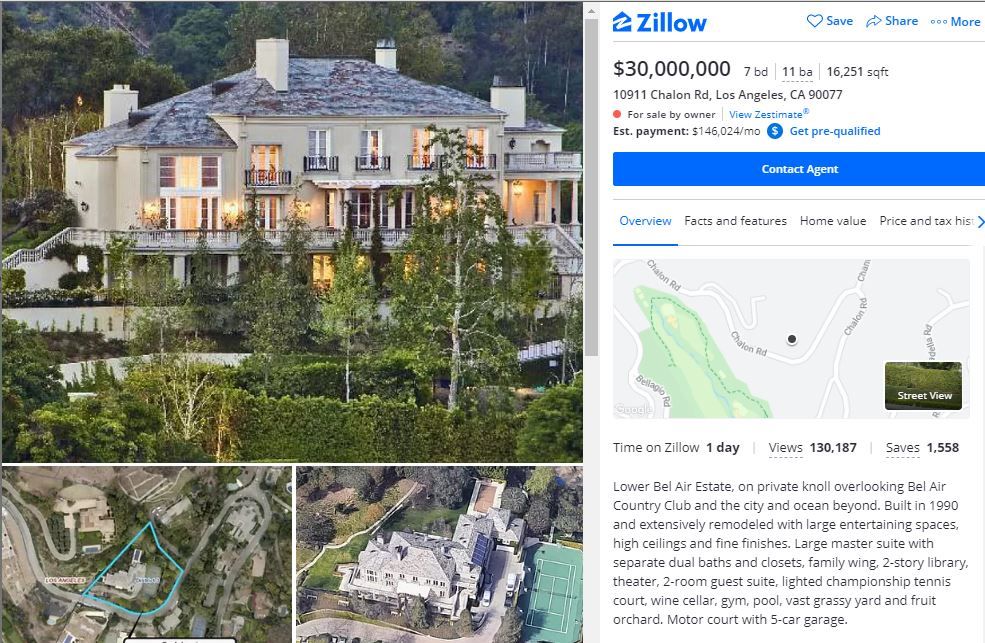 Elon Musk hasn't reacted to such local media reports yet. Although, we can only expect another eccentric tweet from him on the matter soon.

READ | Tom Cruise To Collaborate With Elon Musk's SpaceX & NASA For Shooting His Next In Space?

The Tesla CEO and Space X owner had took the internet by storm on May 1 by posting on Twitter that he would sell “almost all physical possessions” including his own home. Not only did this ‘out of the blue’ social media post by Musk confused the internet users, but it also led someone of them to believe “he’s drunk”. Even though the Space X owner, himself has not clarified the context, but Musk then posted that his girlfriend, musician Grimes is mad at him to which she reacted "omg". Musk then again replied to her by saying "haha". 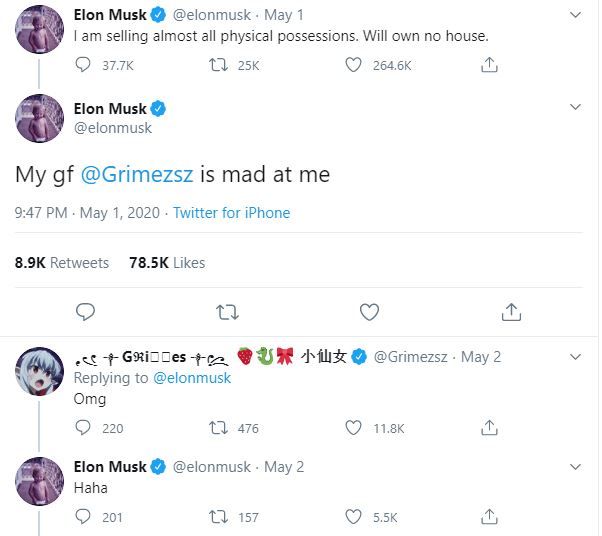 PEOPLE HAVE PLEDGED SO FAR
LATEST NEWS
View all
1 week ago
China scales Mount Everest to remeasures its height using indigenous 5G technology: Report
3 days ago
Apple pays $100,000 to Delhi-based hacker for ‘Sign in with Apple’ security issue
2 days ago
Is 'Remove China Apps' a Chinese app? Here is the information about the latest application
1 day ago
Google faces $5 billion lawsuit for tracking users in 'private' mode
6 days ago
Hello and welcome: robot waiters to the rescue amid virus