'We Are Back': YouTube Restored After Worldwide Outage That Impacted 286,000 Viewers

Firm owned by Alphabet Inc's Google GOOGL.O said issue that hampered website at around 6:53 PM ET (23:53 GMT) was fixed across all devices and YouTube services.

YouTube on November 11 announced that it had fixed a technical glitch that triggered a mass outage of its video-streaming service worldwide impacting nearly 286,000 users. The firm owned by Alphabet Inc's Google GOOGL.O, said late on Wednesday in a tweet that the issue which hampered the website at around 6:53 PM ET (23:53 GMT) was fixed across all devices and YouTube services. “We`re so sorry for the interruption, thanks for being patient with us,” it added in a tweet.

...And we’re back – we’re so sorry for the interruption. This is fixed across all devices & YouTube services, thanks for being patient with us â¤ï¸ https://t.co/1s0qbxQqc6

According to downdetector.com, an internet site that displays outages, YouTube’s worldwide outage disrupted the video streaming on YouTube TV, and the movies being watched on the TV exhibits purchases on Google TV, formerly Google Play Movies and TV. Meanwhile, the company did not reveal the nature of the technical glitch that halted the service globally.

If you’re having trouble watching videos on YouTube right now, you’re not alone – our team is aware of the issue and working on a fix. We’ll follow up here with any updates.

“If you were seeing errors in YouTube Studio in the last hour when trying to upload, go live, manage, edit videos, etc, this is now fully resolved. We really appreciate your patience while we fixed this,” the firm said on Twitter, adding that the team was aware of the issue and was attempting to resolve it. During the outage, customers managed to load the YouTube website but the videos displayed a loading wheel and error screens that read "An error occurred (Playback ID: [a unique alphanumeric string goes here]) Tap to retry)."At about 9:13 PM ET, YouTube identified the glitch after umpteen number of users reported the issue to DownDetector and its graph peaked with more than 280,000 in about an hour.

Read: Laptop Mic Not Working? Learn How To Check Mic & Get Solutions To Fix The Problem 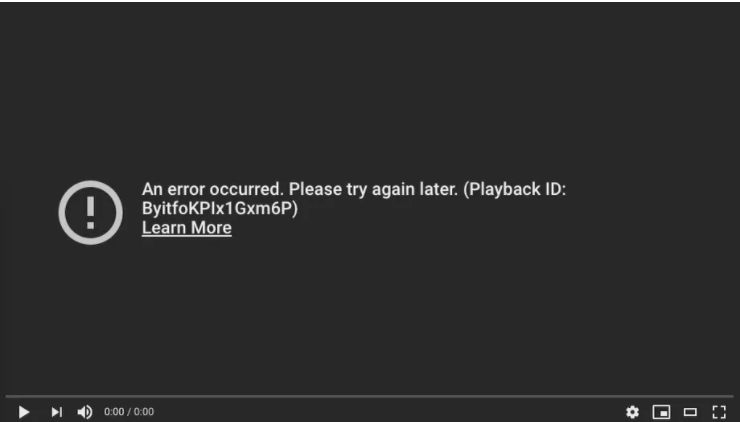 [The reports of an outage at DownDetector as it picked up]

On Twitter, netizens poured in queries about YouTube not streaming the videos across several platforms. Facebook and Twitter quick search listed widescale anecdotal complaints. However, both G suite status and Google Cloud status dashboard appeared green all through the outage. Similarly, in August, the Zoom virtual meeting platform faced long hours outage that hampered employees and students from joining or starting the meetings and webinars. The company said that the issue was detected to have emerged out of its East Coast of the US and the southern UK as per the Downdetectors Outage Map. In a separate outage incident, Zoom was able to resolve the issue after 18 hours. 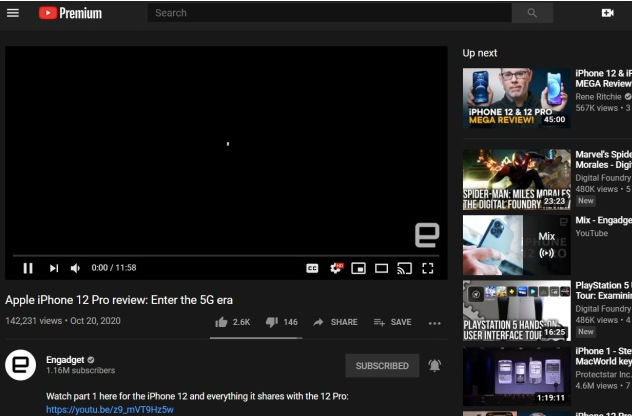