Pakistan has decided to seek USD 2.7 billion loan from China for the construction of package-I of the Mainline-1 project of China Pakistan Economic Corridor 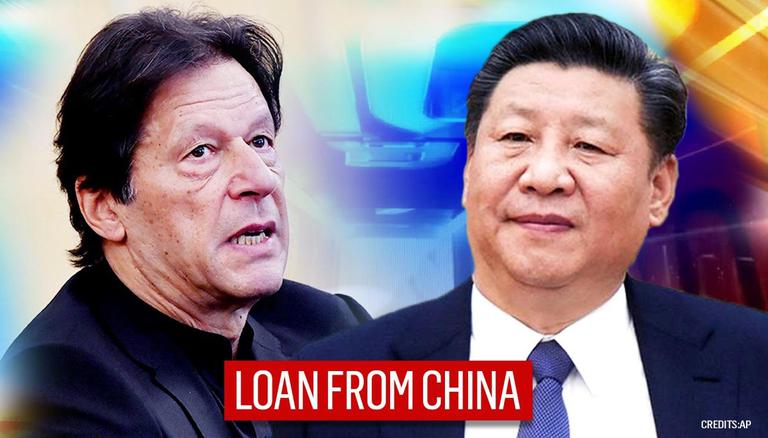 In yet another deal with China, Imran Khan-led Pakistan has decided to seek USD 2.7 billion loan from China for the construction of package-I of the Mainline-1 project of China Pakistan Economic Corridor (CPEC). Citing government officials, Pakistani media reported that the sixth meeting of the financing committee on ML-1 project, which includes upgrading of the 1,872 km railway track from Peshawar to Karachi was concluded and it was decided that Pakistan would initially request China to sanction only USD 2.73 billion in loan out of the total estimated Chinese financing of about USD 6.1 billion.

This development comes even as Pakistan's economy has been teetering on the verge of bankruptcy for some time and the COVID-19 pandemic has made the situation even worse. The Ministry of Economic Affairs has been directed to formally send the Letter of Intent to China next week as Beijing is expected to finalise its next year's financing plans by the end of the current month, as per Pakistani media reports.

The 278-page report by the "Committee for Power Sector Audit, Circular Debt Reservation, and Future RoadMap" listed malpractices to the tune of 100 billion Pakistani rupees (USD625 million) in the independent power generating sector, with at least a third of it relating to Chinese projects.

According to the committee's report, "excess set-up costs of (Pakistani Rupee) Rs 32.46 billion (approximately USD204 million) was allowed to the two coal-based [Chinese] plants due to misrepresentation by sponsors regarding [deductions for] the 'Interest During Construction' (IDC) as well as non-consideration of earlier completion of plants." The interest deduction was apparently allowed for 48 months whereas the plants were actually completed within 27-29 months leading to the entitlement of an excess Return on Equity (RoE) of USD27.4 million annually over the entire project life of 30 years in the case of the Sahiwal plant.

India has protested to China over the CPEC as it is being laid through PoK. The Ministry of External Affairs early this year said that Pakistan was told that entire Jammu and Kashmir and Ladakh, including areas of Gilgit and Baltistan, are an integral part of India and that Islamabad should immediately vacate the areas under its illegal occupation.

Pakistan has illegally occupied PoK after the incursion in 1947. In a thunderous declaration, while moving a resolution last year for revoking Article 370 that stripped J&K of its special rights and divided the state into two Union Territories, Home Minister Amit Shah asserted that Pakistan occupied Kashmir (PoK) and Aksai Chin are part of India and said: "we are ready to give our lives for it". Subsequently, foreign minister S Jaishankar said that India will soon have jurisdiction over the territory. Moreover, Army chief General MM Naravane said that Indian Army is ready to reclaim PoK if Centre orders.