As coronavirus is spreading rapidly and people are ‘panic buying’ and stocking up on toilet paper, a man from Australia has become a saviour for many.

As coronavirus is spreading rapidly and several people are ‘panic buying’ and stocking up on essential goods such as toilet paper, a man from Australia has become a saviour for many. Michael Guirgus, who hails from Sydney, found approximately 270 toilet rolls inside his father’s storage unit after which he offered anyone in need to come and take the vintage rolls. In a Facebook post, Guirgus said that the rolls date back to the 1980s or the early 1990s.

While sharing the details about his giveaway on Facebook, the Australian man said that it felt like his father had predicted that such a situation would arise. He added that he won’t be taking any money for the rolls as his late father would definitely want the rolls to be shared. While speaking to an international media outlet, Guirgus said that he is currently in a confused state as hundreds of people have been messaging him ever since he posted on Facebook.

Guirgus shared the details about his giveaway on Facebook along with pictures of the vintage roll. In the caption he wrote, “We are giving away free 1980s-1990s Petal vintage single-ply toilet rolls to those in desperate need. No, this is not a joke. So, my late father had stocked up on these toilet rolls back in the day (must have been on special) and stored them in the storeroom of a Marrickville unit, which I have been meaning to clear out but haven't as yet”. 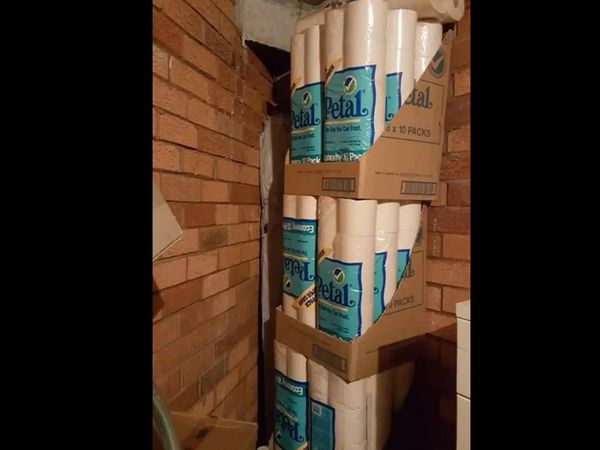 READ: Why Is Toilet Paper Out Of Stock In The US? Read To Know The Reasons Of Over-piling

According to reports, Australia has so far recorded 636 coronavirus cases, of which 40 came in the last 24 hours. There have been six deaths in the country since December last year, while it has successfully treated 43 patients. There are currently 587 active coronavirus cases in Australia, of which one patient remains under critical condition.

The COVID-19 has claimed more than 8,900 lives across the world and has infected over 219,000 people globally. China is the most affected country in the world as experts believe that the virus originated from a seafood market in Wuhan city, the epicentre of the disease, where animals were reportedly being traded illegally.

READ: Australian Mum Says 'unapologetic' For Buying Toilet Paper In Abundance As She Has 16 Kids