In a clever idea that he came up with, Australian man Sam tied fishing line and bait on his drone that he sent across the street and submerged it in the sea.

Amid the lockdown, an Australian man found a way to carry out his favourite hobby fishing from the balcony of his home in Sydney by operating a drone for a bait. Sam Romero, who is also a professional photographer, posted the video on Instagram that has startled people on the internet. In the clip that he posted online, Sam wrote, “ISO DRONE FISHING, when you’re being responsible and staying at home but the fish are calling! (The fish was undersize so we released it back)”. He could be seen fishing in the sea nearby while still following the home confinement measures that triggered laughter in the comments on his post.

In a clever idea that he came up with, Sam tied the fishing line and the bait on his drone that he sent across the street and submerged it in the sea while he patiently waited on his balcony at home. In about 30 minutes, he caught a fish that hilariously flew through the air, this is the segment in the clip that triggered laugh emojis on Instagram. However, Sam then had to release the aquatic creature back in the water due to it being “undersized”. Not just that, earlier a few weeks ago, Sam posted a similar video wherein he used a drone to deliver a wedding ring to the groom in town. Sharing the video on his Instagram he wrote, “need an urgent delivery but stuck in quarantine, I got you covered”.

Read: Chrissy Teigen Is A Nature Baby And These Instagram Pictures Are Proof

His recent fishing video nurtured some interesting comments. “You’re living in 3020,” wrote an Instagram user. “Legend,” wrote another. “OMG, this is hilarious,” wrote the third. “Next time you are there, catch me a few,” wrote the fourth making a laughter emoji on the post. 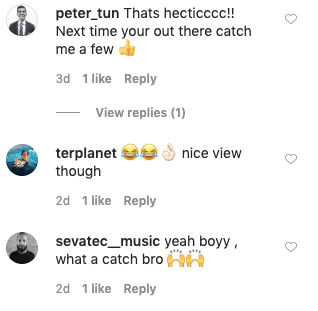 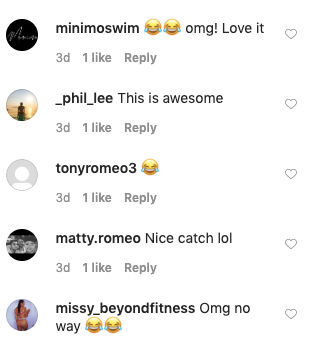