Is This The Photo Of Australian Bushfires From Space? Here's The Truth

A spectacular photograph showing the aerial view of Australia has gone viral. Is this the photo taken from International Space Station (ISS)? Read more to know.

As Australia battles unprecedented bushfires and a record-breaking heatwave, a spectacular photograph showing the aerial view of the continent has gone viral. However, the picture which netizens believed to have been taken from International Space Station (ISS) is actually a '3D visualisation' of the Australian fires. Anthoney Hearsey, an image-maker, who specialises in photography, retouching and creative imaging, reportedly compiled NASA satellite data across the span of a month and developed the image.

READ: Knitters From Around The Globe Making Items For Animals Injured In Australia Bushfires

Hearsey posted the image on Instagram with a caption, “This is a 3D visualisation of the fires in Australia. NOT A PHOTO. Think of this as a prettier looking graph. This is made from data from NASA’s FIRMS (Satellite data regarding fires) between 05/12/19 – 05/01/20. These are all the areas which have been affected by bushfires”.

He further added, “Scale is a little exaggerated due to the render’s glow, but generally true to the info from the NASA website. Also note that NOT all the areas are still burning, and this is a compilation”.

'Glowing in the dark'

Images of the devastating Australian fires are still being shared by the people on the ground and they are as horrifying as one would expect. Recently, photos of the Balmattum Hill Bushland Reserve in Euroa were shared online. The Bushland Reserve has been described as 'glowing in the dark' due to hundreds of fires that can be seen in the background. Taking to Facebook, Melissa Eriksen posted a picture of the 'glowing' countryside with the caption thanking the incredible and selfless emergency services that were busy fighting the fires. 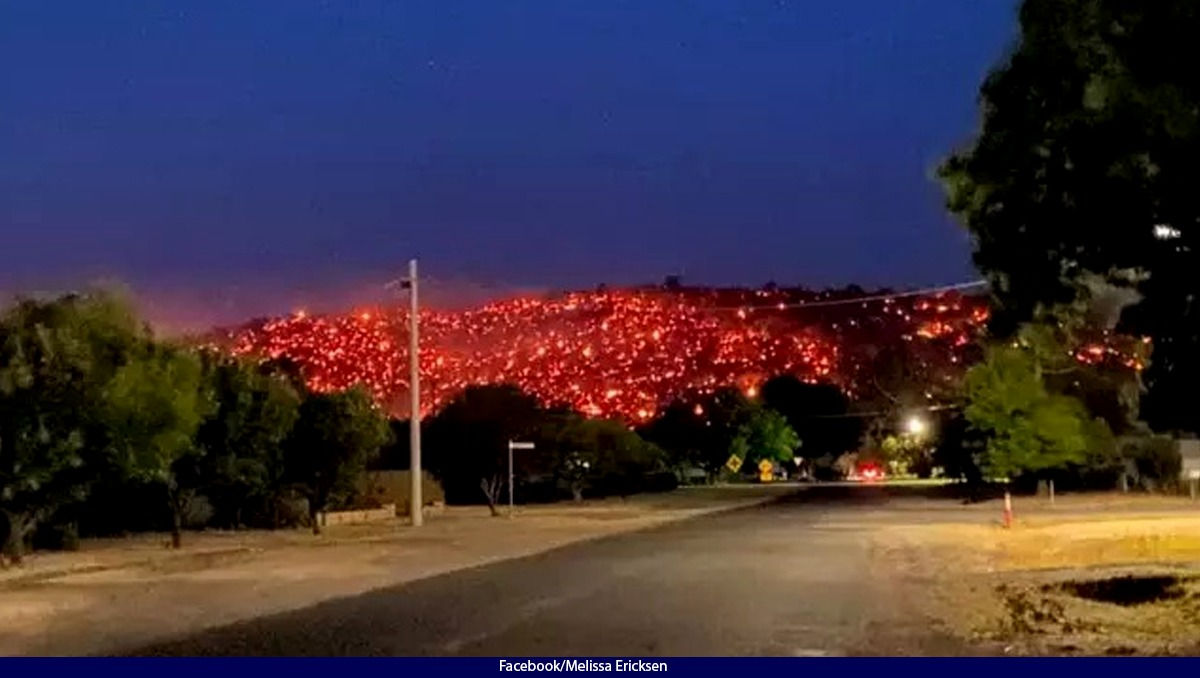 While talking to local media, she also said that she spotted almost 40 firetrucks, three helicopters and three aircraft and described the Hill to be covered in Lava in the darkness. Another resident Mr Leslight and his family had packed their bags as the fires reached as close as 400 meters to their home but due to a change in wind direction their house was spared. The hill fire in Euroa was declared under control at 2pm on Sunday.