A recent video of a nurse dancing to famous 'The Jingle Bell Rocks' to bring a smile on a leukaemia-stricken three-year-old has become an internet sensation.

A recent video of a nurse dancing to bring a smile on a leukaemia-stricken three-year-old has become an internet sensation. Marcia Love-Bowens, a nurse’s assistant at Brenner Youngsters’ Hospital in Salem-Winston, North Carolina can be seen dancing to the famous Christman song The Jingle Bell Rock to cheer up Pearl Monroe who was reportedly diagnosed with leukaemia last week. The video shared by Pearl's father, Chad Tucker has received thousands of likes and comments. The 32-second-video is also shared thousands of times.

READ: Black Bear Sneaks Up Behind Woman In Zoo, Strokes Her Hair In Viral Video

Many Facebook users applauded the nurse and further prayed for the little girl. A user wrote, “God's angels come in all forms!!! Thinking of your family and praying daily! Being strengthened with all power according to his glorious might so that you may have great endurance and patience, and joy”. Another user commented, “So Great to see this Wonderful Nurse getting Roe Roe to have fun but most Importantly to get her to trust her. Love it! Prayers Continued Chad for your family and Roe Roe. God's got this!”. A netizen also wrote, “Love seeing that precious smile and hearing her giggles! How wonderful to have such a happy and energetic caregiver who obviously loves what she does! Praying for Roe Roe and all of you”. 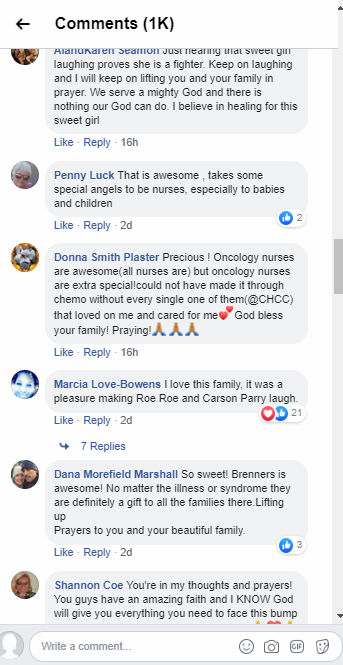 Pearl Monroe, the tree-year-old is reportedly suffering from leukaemia and has undergone surgery and chemotherapy for the disease. While talking to an international media outlet, Chad said that his daughter earlier complained of pains and aches in her legs, hands, and jaws after which she was diagnosed with the disease. The nurse is part of the Oncology department of the hospital's cancer ward and is one of the many who attends Pearl. Chad further added, that Bowen and the rest of the Oncology team are not only treating his daughter but they continue to cheer her up as the battle continues.