'World's Worst Cat' Up For Adoption: This Feline Is Not For The Faint Of Heart

As animal shelters are known for providing forever homes for animals, Mitchell County Animal Rescue posted an adoption advertisement for a cat named Perdita. The animal shelter's advertisement was very descriptive as it talked about Perdita's likes, dislikes, her favourite song. The advertisement also said that the 'World's worst cat' is a 'socially awkward' feline.

'Socially awkward' cat up for adoption

The description stated- "Meet Perdita, not for the faint of heart. LIKES: staring into your soul until you feel as if you may never be cheerful again; the song Cat Scratch Fever, the movie Pet Cemetery (Church is her hero), jump scares (her speciality), lurking in dark corners, being queen of her domicile, fooling shelter staff into thinking she's sick (vet agrees...she's just a jerk) DISLIKES: the colour pink, kittens (yuk they are so chipper), dogs, children, the Dixie Chicks, Disney movies, Christmas and last but NOT least...HUGS. She's single and ready to be socially awkward with a socially awkward human who understands personal space. FREE ADOPTION ;)
If interested please go to www.mitchellcountyanimalrescue.org to fill out an application"

The shelter has put the cat up for adoption for free and according to reports, a sum of $800 has been raised for the animal shelter after it posted the advertisement. The descriptive advertisement prompted many people to comment about how they wanted to adopt Perdita. 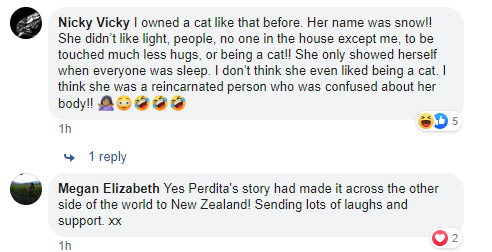 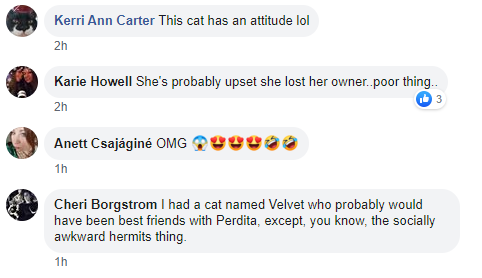 Read: Cat Photography Ideas That You Can Follow To Capture The Best Moments Of Your Pet

The four-year-old Siberian husky, Jubilee, who was abandoned on the streets for looking ‘weird’ was reportedly adopted. Jubilee was abandoned by the owner because of her eye deformity as she could not be sold and was taken in by the New Jersey dog rescue shelter, Husky House.

The rescue shelter had drafted an emotional post on the social media website, Facebook in order to find the husky a suitable owner who would adopt her despite her eccentric physical appearance. The shelter had also posted the dog’s pictures making an appeal to the users to adopt the dog.

The Husky House centre had written an emotional post as Jubilee, “I wish I was beautiful so someone would want me to be their dog. I like other dogs, but I don’t like cats. I love people, but I’m a little shy because people mostly laugh at the way I look. Doesn’t anyone want a funny looking husky? I wish I had a family of my own who could love me even though I’m not pretty.”

In the latest development, Husky House announced that Jubilee has been adopted by a loving “forever home” on Saturday by a family that had previously adopted a dog from the centre.