Joe Biden's Plans For First 100 Days In Office, Will Reverse All Trump-era Orders

Joe Biden has said that the first thing he will do is to immediately reverse all executive orders signed by the outgoing president Donald Trump. 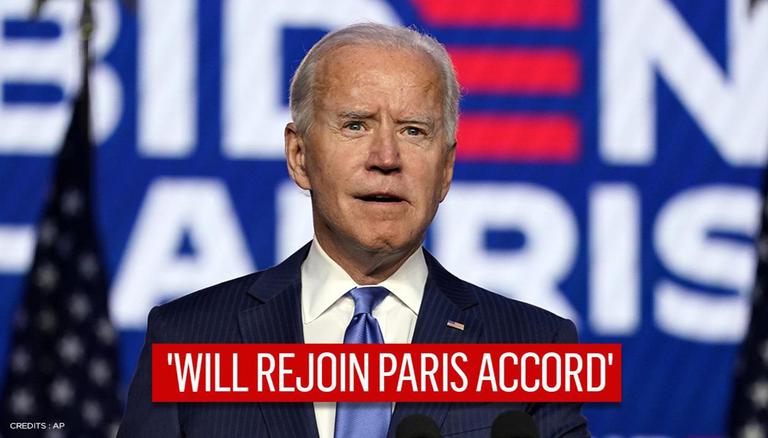 US President-elect Joe Biden has revealed what he will do in the first 100 days of his administration. Biden has said that the first thing he will do is to immediately reverse all executive orders signed by the outgoing president Donald Trump. The former vice-president added that he will introduce an immigration bill during the first 100 days of his administration, which will see a u-turn from Trump's "cruel" immigration policies that had banned citizens of seven Muslim-majority countries.

Biden, while talking to reporters, also said that he will request the US Congress for additional funding to tackle the COVID-19 pandemic. The Democratic leader further added that the United States will return to the Paris Climate Agreement, from which Donald Trump had withdrawn Washington in 2017, claiming the accord was meant to suck trillions of dollars in American taxpayers' money and divert them to highly-polluting countries.

Biden also said that his administration is committed to administering more than 100 million COVID-19 vaccine shots in the first 100 days. The Trump administration is facing a lot of criticism for not meeting the initial target of inoculating at least 20 million people before the end of 2020. According to the Centre for Disease Control and Prevention (CDC), the United States managed to vaccinate only 3 million people before the end of last year, way short of the target set by the government.

Donald Trump has finally conceded defeat to Joe Biden but has refused to attend his inauguration on January 20, still calling the elections to be rigged. On January 6, as a joint session of the US Congress was underway to certify Biden's victory, hundreds of Trump supporters laid siege to the Capitol Hill building, forcing security officials to evacuate the members of the house. Biden's win was later certified by an overwhelming majority.

Read: Biden Weighs In On Lack Of Force, Says 'racism Protesters Would Be Treated Differently'

WE RECOMMEND
Biden weighs in on lack of force, says 'racism protesters would be treated differently'
Biden, Trump to visit Georgia to campaign for their candidates ahead of US Senate vote
Joe Biden refuses to reveal his position on Trump's impeachment calls
Biden, Harris pick Indian-American Sabrina Singh as Deputy Press Secretary in White House
Biden lambasts Trump over US Capitol violence, says 'don't dare call them protesters'