On Sunday, American rapper Kanye West announced that he will be joining the US presidential race of 2024 and has already hired a campaign manager for it. 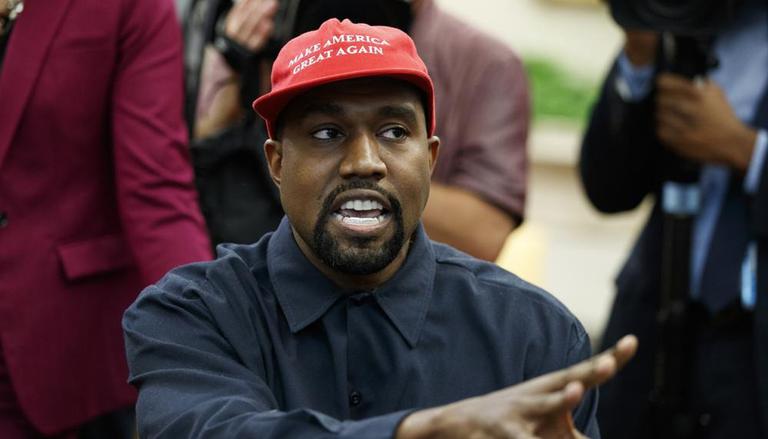 
American rapper Kanye West has decided to venture into politics yet again, and seems to be having big aspirations for his electoral future. The 45-year-old, on Monday, announced that he will be joining the US presidential race of 2024 and has already hired a campaign manager for it.

In a video obtained by X17 Online, West is seen with Milo Yiannopoulos. “This is Milo right here, working on the campaign,” he said as he introduced the far-right commentator. The cameraman then questioned him if he is announcing his presidential bid through the statement. As West chuckled, Yiannopoulos said “‘I guess it is. Thanks, I accept.”

The cameraman, who remained adamant on receiving a clear answer, then asked the rapper, “‘So you are running?,” to which West took a brief pause before finally blurting out “Yes.” “It’s simple ’cause ain’t nobody can tell me, “you should say this, you shouldn’t say that”, you know? It’s just we’re moving towards the future,” he explained, or at least tried to.

This isn’t the first time that the Grammy-winning artist has expressed his interest in leading the United States. Earlier in 2020, West launched an independent campaign but was unable to seek enough votes that could help him land next to the Democratic and Republican parties.

While his political future remains uncertain, his Twitter fate has been revived. Earlier in October, West's Twitter and Instagram handles were banned after he uploaded anti-semitic posts in which he asserted that he is going "death con 3 on JEWISH PEOPLE." However, on Monday, West returned to Twitter, which has recently reinstated the account of former US President Donald Trump as well. While West's account was restored weeks after he uploaded the offensive tweet, quit social media platforms and said in November that he was going on a “verbal fast" for a period of 30 days.

The latest reinstatements of controversial figures can be attributed to Twitter CEO Elon Musk, a staunch believer of free speech, specifically, a self-proclaimed “free speech absolutist.” West celebrated the restoration of his Twitter handle by tweeting, "Testing Testing Seeing if my Twitter is unblocked" and the Hebrew word “Shalom,” to which Musk quipped, "Don't kill what ye hate. Save what ye love.”