The unusual wedding took place in the Balboa Park of San Diego Zoo in California, United States. The party crashers this time around were uninvited guests.

A wedding in San Diego is grabbing a lot of eyeballs as the couple there decided to wed at the Kijamii Overlook in the San Diego Zoo Safari Park. When the spotlight should be on the recently married couple, people on social media are talking about the way they got married. The story instantly went viral as the pair wanted their wedding to be like a safari with open fields, animals like rhinos, giraffes, and gazelles.

The exotic wedding saw a South African-inspired lodge which featured a bar that was made after converting a baobab tree. The reception was held inside the lodge after the couple took their wedding vows. Friends and family were gathered to witness the "I do" moment between the pair and according to the photographer Monique Dao, they all had a great time celebrating Andrew and Kristin's love.

Monique Dao, who was there to capture the special day of Andrew and Kristin said, "This wedding is nothing short of a storybook fairy tale that transports you into a different place and time." The party was great with fantastic music and beautiful scenery, Monique added. As the sun went down in San Diego the fire lit the place and the atmosphere became lovely with guests and the pair sitting together and enjoying the evening. 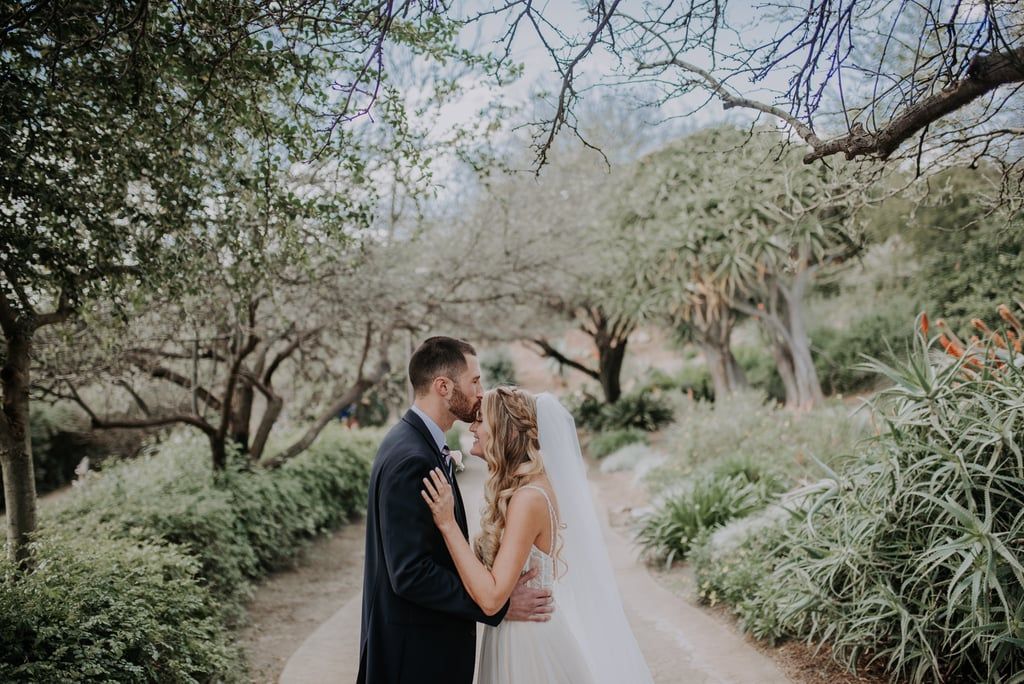 The wedding photographs are also going viral on social media for its unique theme of safari wedding. The unusual wedding took place in the Balboa Park of San Diego Zoo in California, United States. The couple had previously decided that they are going to get married at a zoo surrounded by animals and a lot of trees. Andrew and Kristin were dating each other for quite some time now and decided to get married on December 28, 2019.

Read: From Priyanka Chopra To Meghan Markle, Get Inspired With These Celebrity Wedding Gowns