Asked about the positive cases who came in contact with him, Trump said, "Let's put it in this way, I'm not concerned, okay? "I don't think it's a big deal"

Donald Trump's official White House physician confirmed about his exposure to positive cases of Coronavirus, however, ruled that the US President does not require testing, citing "low risk". The White House physician further said that there was no need for home quarantine, despite the US President coming in contact with two individuals now tested positive for the virus.

Additionally, the physician said that Trump remains without symptoms and that the test for the Coronavirus (COVID-19) is not indicated. The statement read, "President's exposure to the first individual was extremely limited (photograph, handshake), and though he spent more time in closer proximity to the second case, all interactions occurred before any symptom onset." 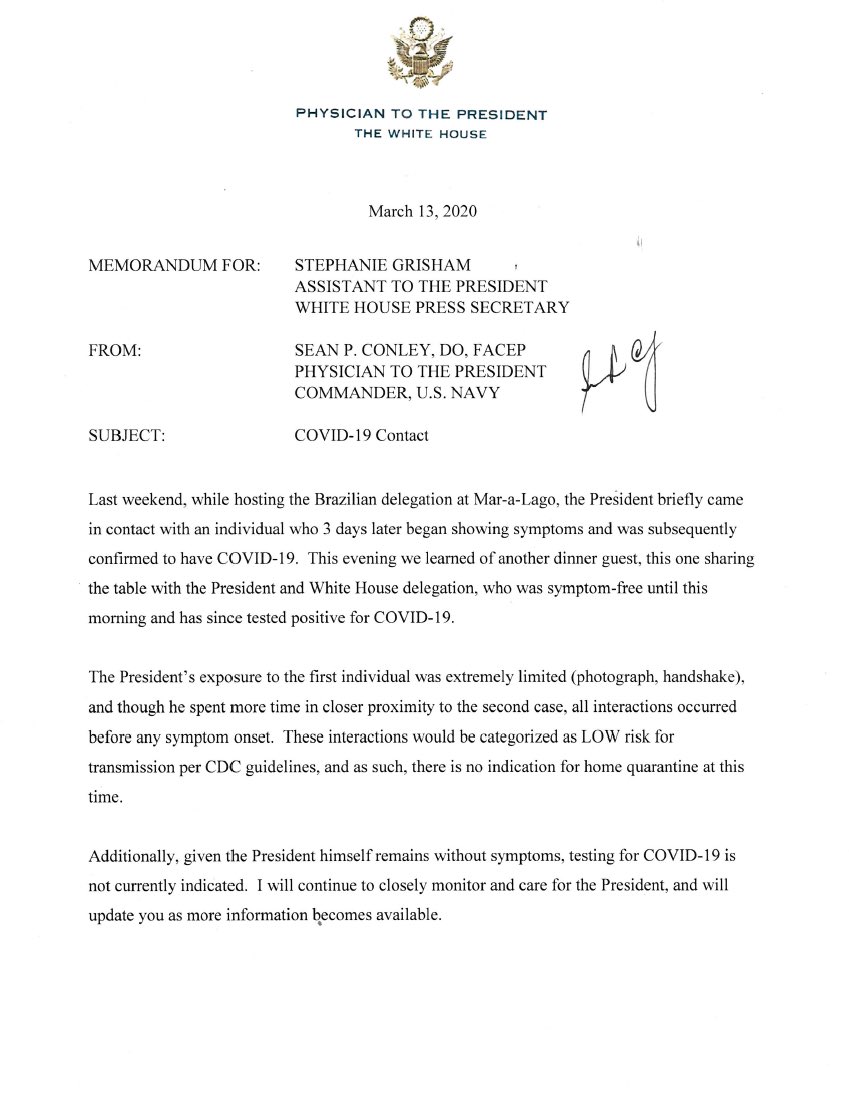 Despite the exposure, Donald Trump has refused to even be tested for the virus. Asked about the positive cases who came in contact with him, he responded saying, "Let's put it in this way, I'm not concerned, okay? "I don't think it's a big deal, I would do it, I don't feel any reason. I feel extremely good. No symptoms, no anything," the 73-year-old US President added.

The US President on Friday declared the coronavirus pandemic a national emergency to free up money and resources to fight the outbreak and then threw his support behind an aid package from Congress that is on track to provide direct relief to Americans. From the Rose Garden, Trump said, “I am officially declaring a national emergency," unleashing as much as $50 billion for state and local governments to respond to the crisis.

But he denied any responsibility for delays in making testing available as his administration has come under criticism for being too slow to respond.  Trump said, “I don't take responsibility at all" for the slow rollout of testing.  Trump has been known to flout public health advice — and was eagerly shaking hands during the more than hour-long afternoon event — but acknowledged he “most likely” will be tested soon after exposures to individuals who have tested positive for the virus. The deadly virus, which originated in the Chinese city of Wuhan in December last year, has infected more than 134,000 people globally.