'Would Love To Find My Dress': Woman Discovers She Has Wrong Wedding Attire After 14 Years

In a strange incident, a woman from Minnesota named Wendie Marie Taylor, realized 14 years after her marriage that she has the wrong wedding dress preserved.

In a strange incident, a woman from Minnesota named Wendie Marie Taylor, realized 14 years after her marriage that she has the wrong wedding dress preserved for posterity. She realised it when she was watching the sitcom ‘Gilmore Girls’ with her 12-years-old daughter and she decided to show her the attire that she wore on her special day. When they went to get the box, it shocked both of them.

Taylor took to her Facebook handle and shared the image of the dress she had. Along with it, she shared one image from her own wedding. She also shared an image of the box as she wrote, “My dress was cleaned/preserved by Evans Garment Restoration in Minnesota this would have been late 2006 or in 2007. Evans does Restoration after fire or water damage.  So most likely whoever has my dress had the work done through their insurance company as part of a claim and Evans was probably a sub contractor and not the one you are aware of working with.  I have included a picture of the dress I have, it is from David's Bridal size 10. My dress is in the photos as well.  I would love to find my dress and trade back”. With this, she urged her Facebook friends to help as much as they can and said Thank you to them in advance.

Stunned by the incident, netizens took to the comment section. One Facebook user wrote, "I suppose it would be a stretch to think that they keep records of who all came in at the time that you brought yours in or where they may have done any restorations during that time". To this, a person replied, "I have called a couple times and so far they have not been very helpful.....". 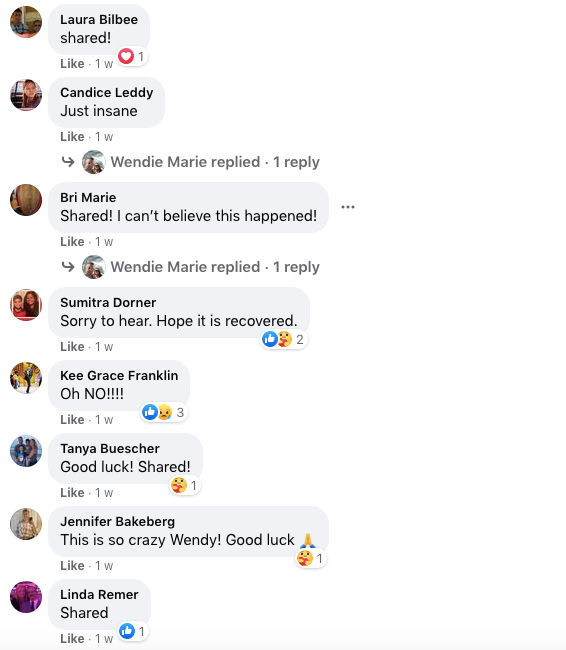