Kabhi Khushi Kabhie Gham is unarguably one of the most iconic movies in the Bollywood fraternity. The star-studded cast in the film and their flamboyant characters still remain fresh in the hearts of fans. Be it, Kareena Kapoor, as Poo, Hrithik Roshan as Yash Raichand, the most loved pair- Shahrukh Khan and Kajol as Rahul and Anjali respectively, the internet still blazes with fans sharing snips and clips from the movie.

However, not only the lead cast but do you know about the actors who played the younger version of them? Initially, there were rumours stating that the younger version of Hrithik Roshan aka Laddoo in Kabhi Khushi Kabhie Gham was played by Tanmay Bhatt. The mills tuned out to be baseless when several reports brought to light that Kavish Majmudar played the little plumpy character of Laddoo in the movie.

Kabhi Khushi Kabhie Gham released in the year 2001, and ever since then, has been fondly binge-watched even today. As per reports, a child back then, Kavish Majmudar, played the younger version of Hrithik Roshan in the film. The 27-year-old now was reportedly in Dubai in 2017 where he pursued his acting career. Kavish Majmudar's picture on the internet with Hrithik Roshan and Varun Dhawan popped up in 2014 when he astonished everyone with his changed avatar.

When Dhawan and Hrithik Roshan were enjoying a football game between FC Goa and FC Pune City, which Hrithik co-owns, Kavish bumped into the duo. And then, Varun Dhawan took to his Twitter to share the photograph. He tweeted, “With the small Hrithik and big Hrithik. #matchmadness.” Check it out. 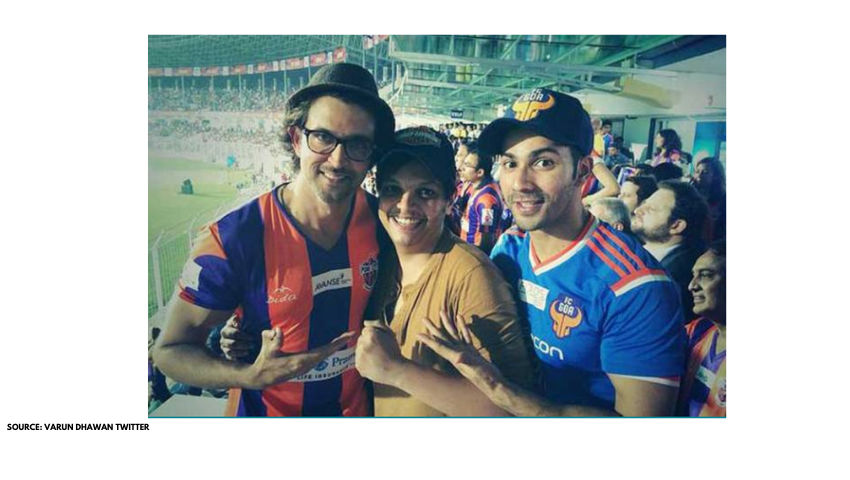 As per reports, Kavish Majmudar was also a part of Varun Dhawan and Ileana D'cruz starrer- Main Tera Hero.  And was also seen in Kareena Kapoor Khan's movie- Gori Tere Pyaar Mein. However, Kavish is away from the social media spectrum, and hence there no more updates about the actor's whereabouts.

PEOPLE HAVE PLEDGED SO FAR
LATEST NEWS
View all
13 hours ago
Shraddha Kapoor shares a funny 'Stree' style poster that shows how to keep COVID at bay
33 mins ago
Kylie Jenner gives befitting response to Forbes' claim on Twitter
1 hour ago
Ekta Kapoor describes her favourite complex character from 'Kehne Ko Humsafar Hai'
14 hours ago
Deepika Padukone shares family's WhatsApp chat, this is how she has saved Ranveer's number
14 hours ago
Pankaj Kapoor's solid net worth is a result of his illustrious career; Check details here