Bollywood actor Aditi Rao Hydari shared hilarious photos of herself and her pups doing yoga in the bed. Read ahead to know more details about it.

Bollywood actor Aditi Rao Hydari recently took to Instagram to share a hilarious photo of herself with her pets. In the photo, Aditi Rao can be spotted lying in her bed while her pups Zoe and Gigi appear to be doing yoga. She also wrote a caption on her Instagram story, “Dogs and angels are not very far apart #ZoeAndGigi ( P. S yes they also do yoga mid slumber) “.

Also Read | Sudhir Mishra Plans On Revisiting The History Of India For His Next Venture; Read 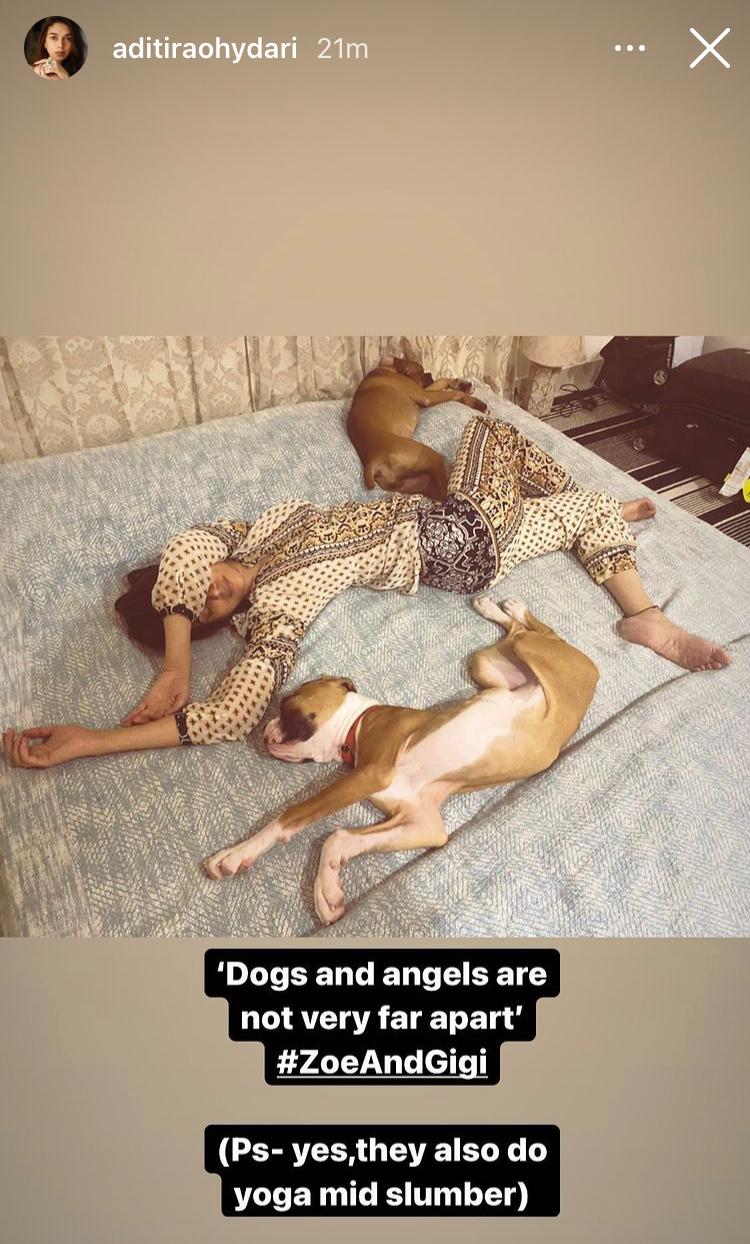 Aditi Rao Hydari is very active on her social media accounts. She keeps her fans posted about the new updates in her life and even entertains them by interacting with them via the story feature of Instagram or sharing exclusive photos of her photoshoots. She recently shared her look in a white top and designer bellbottoms. She also wrote in the caption "I see you #TGOTT promotions".Take a look at the post below:

Fans showered their love on the post. The post garnered over 1.5 million likes and 400 comments. Many commented that she looks ravishingly gorgeous in the photo while several others just praised her beauty. Take a look at some of the reactions from her fans and followers below: 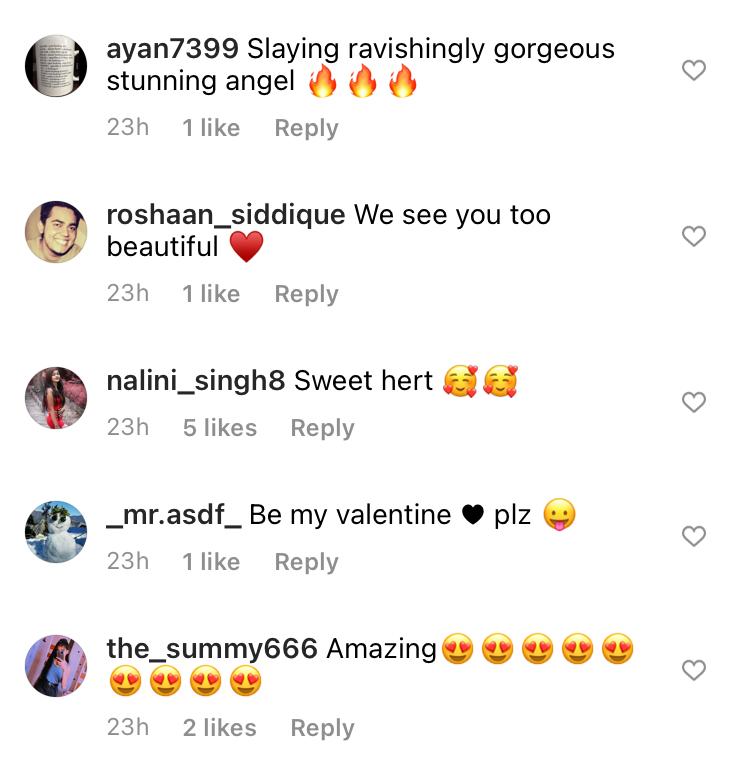 Aditi Rao Hydari is currently promoting her upcoming Netflix movie, The Girl On The Train. The movie is based on the best-selling novel authored by Paula Hawkins which goes by the same name and is directed by Ribhu Dasgupta it stars Parineeti Chopra as the lead in the film. The Girl On The Train cast also features Kirti Kulhari in a prominent role. The movie will release on Netflix on February 26, 2021.

Also Read | Aditi Rao Hydari Uses Surname Of Both Her Parents; Here's Why

Aditi Rao Hydari made her acting debut with a Tamil film Sringaram in 2007. She got her breakthrough by appearing in Sudhir Mishra's 2011 romantic thriller Yeh Saali Zindagi. She even won a Screen Awards in the category Best Supporting Actor Female for that role. She then starred in several successful movies like Rockstar, Murder 3, Boss, and Wazir. Aditi Rao Hydari became more popular after starring in the critically acclaimed Mani Ratnam movie called Kaatru Veliyidai.