Aamir Khan was in Punjab recently where he posed with Punjabi actor, Gippy Grewal's son. Read on to see the adorable pictures of the two together.

Aamir Khan is one of the most highly regarded actors in the Indian film industry. The actor is also known as Mr. Perfectionist owing to his work ethics and performances he puts up on the big screen. The actor will next be in an upcoming film, Laal Singh Chaddha.

Recently, Gippy Grewal, who works in the Hindi and Punjabi film industry, posted a picture of Aamir Khan where he can be seen holding Gippy Grewal's son Gurbaaz in his arms. In the picture, Aamir Khan and Gurbaaz can be seen posing for the camera with big smiles on their faces. Take a look at the picture below.

Pictures of Aamir Khan and Gippy Grewal's son together

As reported by various media portals, Aamir Khan was shooting for his film, Laal Singh Chaddha in Chandigarh and other cities of Punjab. There, popular Punjabi actor Gippy Grewal came to meet Aamir Khan and later posted these adorable pictures on his Instagram handle. Fans of the actors thought that the pictures were adorable and could not stop sending love to Aamir Khan as well as to Gippy Grewal's son, Gurbaaz. 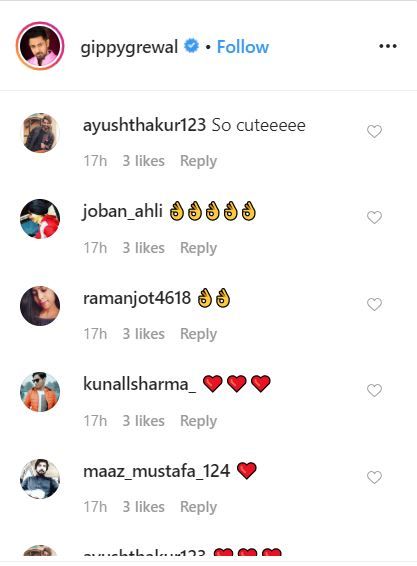 What is next for Aamir Khan?

Aamir Khan was last seen in a multi-starrer film, Thugs of Hindostan in the year 2018. In the action-drama movie, he shared the screen with Amitabh Bachchan and Katrina Kaif. He will next be seen in Laal Singh Chadha which is the official remake of a Hollywood superhit film Forrest Gump which starred Tom Hanks. Laal Singh Chaddha is directed by Advait Chandan and also Kareena Kapoor Khan opposite Aamir Khan. The movie is expected to hit theatres in December 2020.

PEOPLE HAVE PLEDGED SO FAR
Anushka, Malaika, praise Priyanka's heartfelt pic to help fans get through tough times
Like Jacqueline Fernandez in 'Genda Phool', these actors nailed Bengali look on screen
Suresh Oberoi appeals for social distancing & self-isolation, son Vivek shares video;Watch
This is how Vicky Kaushal expressed his desire to work with Arjun Kapoor on social media
'This could be a potential bio-war', says Kangana Ranaut as she talks about coronavirus
DO NOT MISS
INDIANOIL'S ASSURANCE
BAGGA RESPONDS TO TEJ PRATAP YADAV
CHINA RISKS GOOD RELATIONS WITH UK
PM MODI ON WHY LOCKDOWN IS NEEDED
TDP CHIEF APPEALS TO CM REDDY
GOOGLE'S 3D ANIMAL FEATURE