Ajay Devgn Shares THESE Reviews Of 'Tanhaji: The Unsung Warrior' Which Are Adorable

Ajay Devgn took to Instagram to share the "public reviews" of his film Tanhaji: The Unsung Warrior by school-going kids. Read to know more about it in detail

The film has garnered a lot of appreciation and positive reviews from both the film critics as well as the audiences so far. But out of all the reviews, Ajay posted a special review on his Instagram story which will surely make you go "aww."

Public reviews of Tanhaji: The Unsung Warrior by kids

While Ajay Devgn's wife and veteran actor Kajol Devgn took to Instagram to share the reviews from eminent film critics and publications, Ajay took to his Instagram to repost two videos shared by Kajol on her Instagram story.

In the first story, school-going kids are seen entering the theatre as she captioned it writing, "Our youth watching their history unfold in front of them @inoxmovies. Wish my history lessons were so cool. " 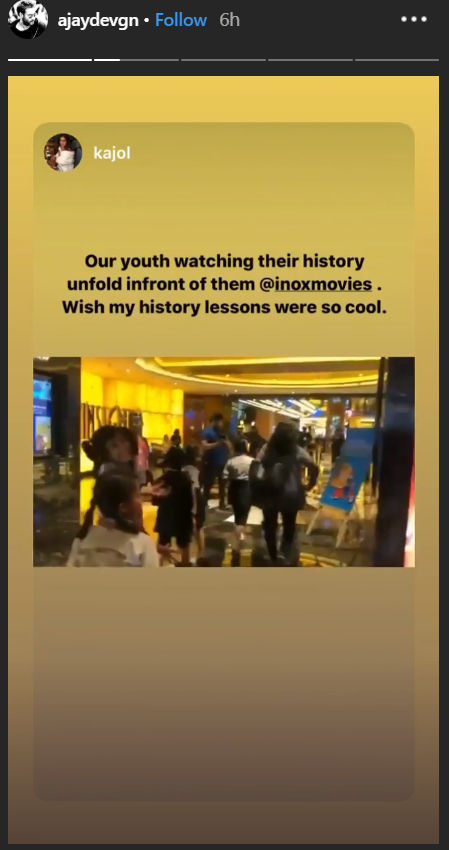 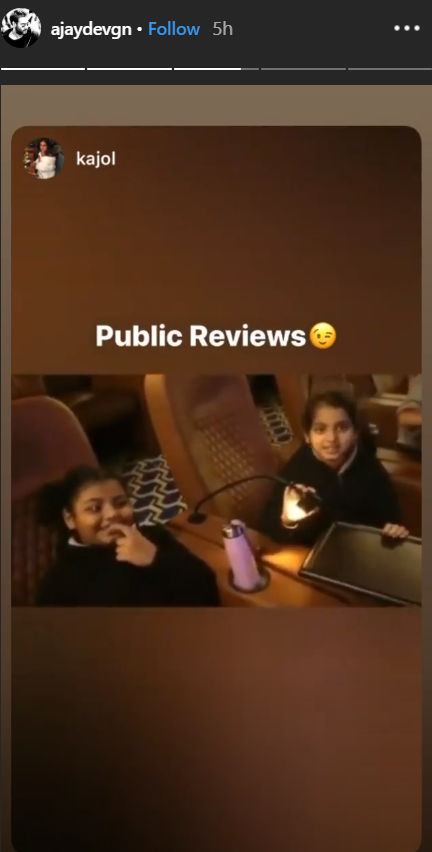 While, in the second video, those kids are being asked about how did they like the movie, to which all of them responded saying, "acchi lagi." In addition to that, Ajay also shared the pictures of few drawings by the hashtag #Tanhajireview, drawn by school going kids. Check them out below: 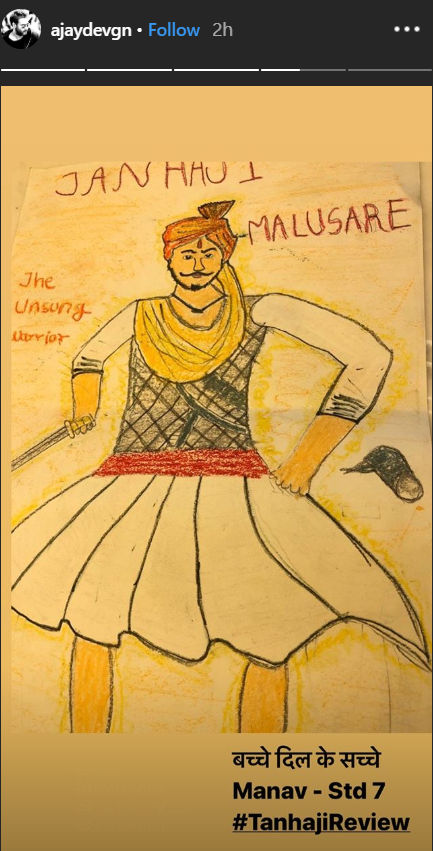 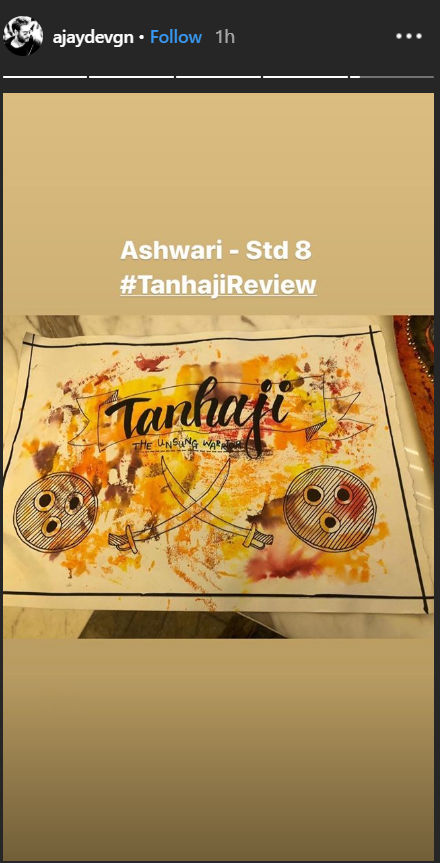