Ajay Devgn's 'Raid' did fairly well at the Box Office, the film's real reason of the performance was shared by the actor on his IG; watch the video here

The movie 'Raid' released two years ago today and was deemed a blockbuster after its stellar performance at the Box Office. The film hit the right chords with the audience and was critically acclaimed by many reviewers for its honest coverage of a true event. The Ajay Devgn and Ileana D’Cruz starrer film released in 2018 and was well received by the audience. Ajay Devgn took to Instagram to celebrate #2yearsofRaid. The film was a Raj Kumar Gupta directorial.

In the post he shared, there was a combination of many behind the scenes from the films production process. The video received many comments and praises from Ajay Devgn’s followers. In the video, one can see the several locations of the film’s shoot. There are snippets of Ileana D’Cruz and Ajay Devgn together. Even the crew members are seen sweating it out in many scenes. Ajay Devgn’s film was inspired by a series of true events and that’s the reason Ajay Devgn feels so close to the film Raid.

Along with the video, Ajay Devgn also shared an emotional caption. He revealed that audiences resonated with Raid and its plot because the film was shot in real-time. Some of the audiences poured in love to the post which received thousands of comments and likes. Even Ajay Devgn’s emotional caption read, “Raid was a film made in real-time, that’s why it resonated with the audience.#2YearsOfRaid.” Furthermore, he tagged all the people associated for the film, like Ileana D’Cruz, Raj Kumar Gupta, Sourabh Shukla and many others.

Check out the reactions of Raid movie completing two years 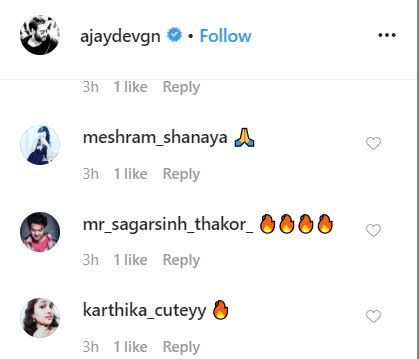 Watch the trailer of Raid movie

PEOPLE HAVE PLEDGED SO FAR
Taapsee Pannu celebrates 7 years in Bollywood with a throwback photo
Kirti Kulhari recalls how she rushed to be with her parents in Chandigarh amid COVID-19
Ranveer Singh loves graphics & comics and these Instagram photos are proof
Ranveer Singh finds stardom to be very empowering; Read to know why
Karisma Kapoor’s Monday morning breakfast is all you need to power through the day
DO NOT MISS
SHARAD PAWAR ON COVID-19
MUMBAI HOSPITAL: 30 STAFF POSITIVE
CONGRESS WELCOMES 30% SALARY CUT
MAMATA BANERJEE: 'GLOBAL ADVISORY'
BJP LEADER TROLLED BY CELEBS
MARKAZ: ASSAM GOVT TO FILE CASES