The Khiladi Kumar of Bollywood has a fascinating life and fans have never-ending questions for him. Here are some questions Akshay Kumar answered.

Khiladi of Bollywood, Akshay Kumar is popular for his comical roles in movies. Akshay Kumar is also one of the highest-paid actors of Bollywood with a huge fan following. Although the actor does keep his fans updated about his life through his social media accounts, his fans never seem to get enough of him. Here are some most frequently asked questions that Akshay Kumar has now answered.

Where did Akshay Kumar grow up? 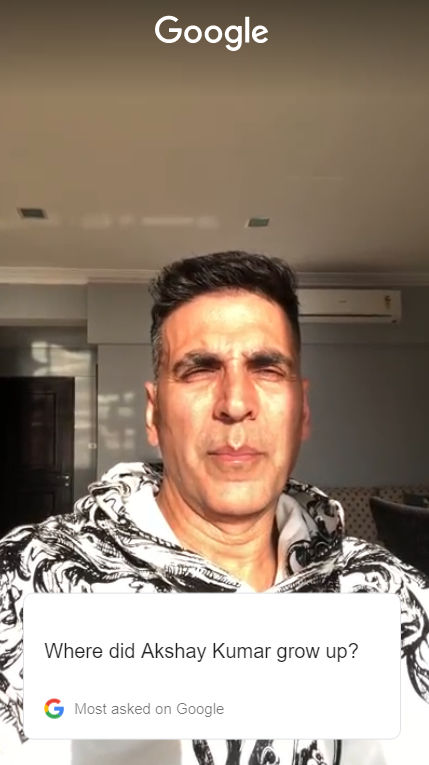 One of the most frequently asked questions on Google is about Akshay Kumar's childhood. Akshay Kumar took his time out and answered his fans telling them that he was born in Delhi and also grew up there. After a few years, his father got transferred to Mumbai and Akshay Kumar came here with his entire family.

When did Akshay Kumar start acting?

Akshay Kumar was then asked about his career in acting and when he began acting. The actor mentioned that he began acting in the year 1990, during the month of June or July. Akshay Kumar's first film was Saugandh, which released in 1991. 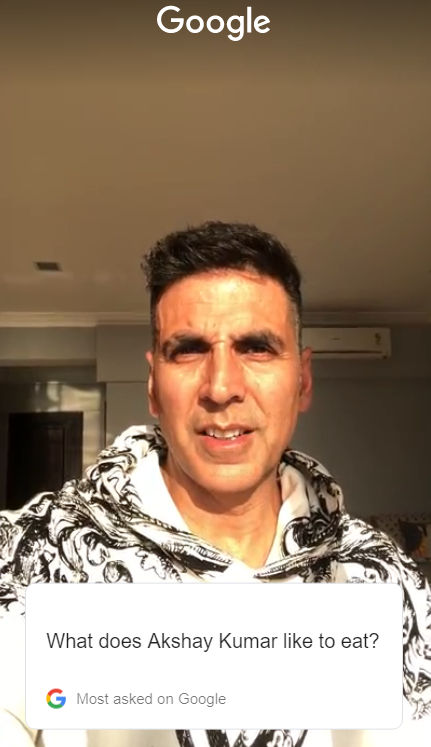 Akshay Kumar is also one of the fittest actors of Bollywood and people would love to know what the actor eats, in order to maintain a healthy lifestyle. Akshay Kumar said that he likes eating good food, he said he was a pure vegetarian and likes eating non-spicy food and a lot of vegetables.

What was your first reaction when you read the script for Kesari? 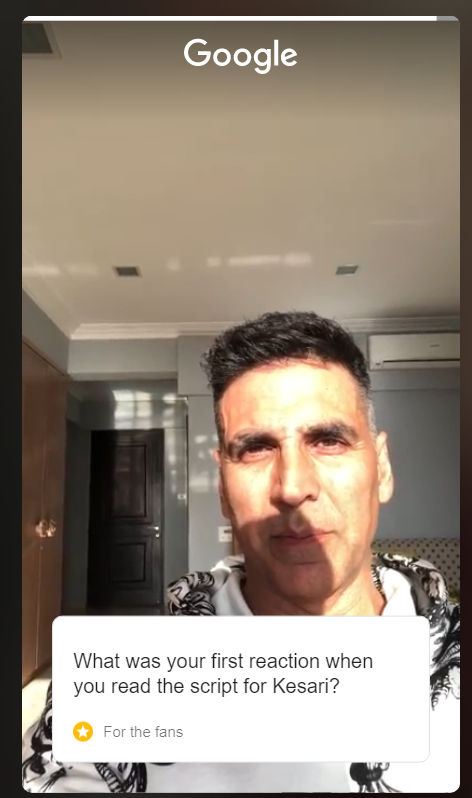 Akshay Kumar starred in the movie Kesari, along with actor Parineeti Chopra. Akshay Kumar was asked about his first reaction when he read the script for Kesari, he told his fans that he was amazed by the script and he decided to do the film because very few know about their true story.

Also Read: Akshay Kumar Has To Say THIS When Asked About 'Laxmmi Bomb' Clashing With Salman's 'Radhe'

What is the film Kesari about?

Akshay Kumar answered that his film Kesari, which is based on a true story is about the war between 21 Sikhs and 10,000 invaders. Akshay Kumar played the lead role in the film, Havildar Ishar Singh.

Why is the film named Kesari? 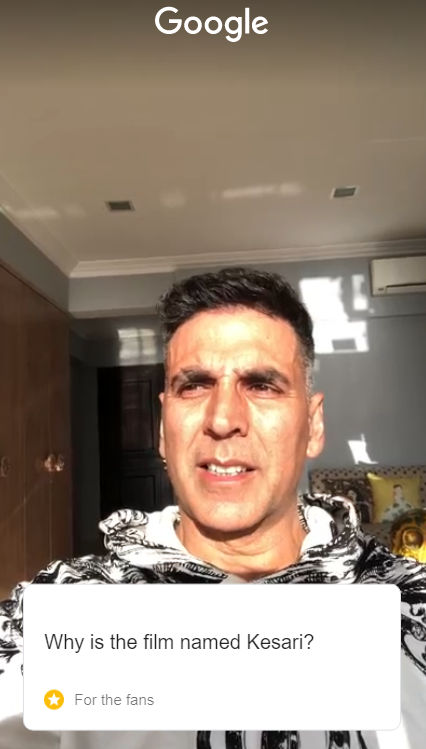 Most of the questions asked by Akshay Kumar's fans were about his movie Kesari. He was asked about the name of the film and he mentioned that the name of the movie was kept Kesari because the colour orange is very auspicious. He also added that in Sikhism, orange signifies courage and strength.

What was the most challenging part about Kesari?

We all know that actors go through tremendous training and challenges while shooting for a film. Akshay Kumar opened about the challenges he faced while shooting for Kesari. He said that the most challenging part about Kesari was to fight in unbearable heat, in a massive turban which the Sikhs wore in those days, and also make it look real.

Where was Kesari filmed?

What sets Kesari apart from your other films? 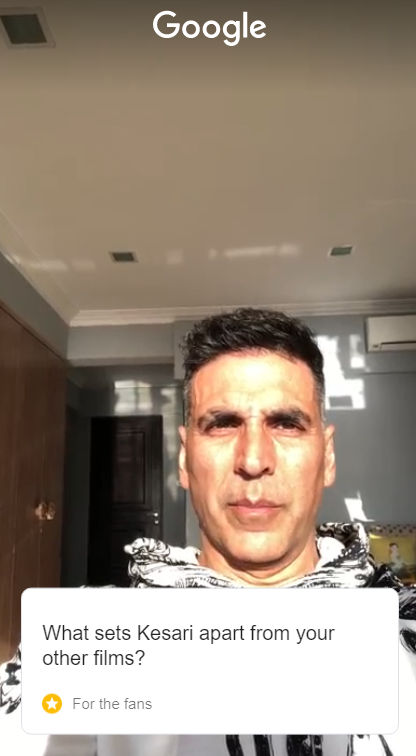 Kesari was Akshay Kumar's first war film and it was a clash of 21 Sikhs and 10,000 invaders. He said that Kesari is different from his other films because a clash like this had never happened before. The story fascinated him and on top of it, it was true, which set it apart from his other films.

Also Read: Blast From The Past! Akshay Kumar's Uber-cool Hairstyles From The 90s

Also Read: Akshay Kumar Seems To Be Favourite For Internet Memes, Check Out Some Popular Ones

PEOPLE HAVE PLEDGED SO FAR
LATEST NEWS
View all
30 mins ago
Anil Kapoor takes 'timer selfies': 'Who says you can't teach an old dog new tricks?'
1 hour ago
Neil Nitin Mukesh shows off benefits of being a father to his little one, Nurvi
19 mins ago
Salman Khan's chemistry with Katrina Kaif and Daisy Shah: Here's a comparison
10 mins ago
Arjun Kapoor has just the right video to express his delight once the lockdown ends
2 mins ago
Rahul Khanna responds to Malaika Arora's accusation of being socially distant all the time