Akshay Kumar and other popular Bollywood actors who carried a lot on their shoulder for their film, quite literally. Take a look at our top five picks.

Being in an actor's shoes is not easy. At times actors not only carry the responsibility of the film but also carry weight for their movie on their shoulders, quite literally to make it a box-office success. You must have heard how actors actually did some drastic things in other to get into the skin of the characters. Let's take a look at the list of such dedicated actors who share a vehement passion for their craft.

Times Bollywood actors carried a lot on their shoulder for their film, literally

Akshay Kumar chopped off his hair and went bald for his role in the movie Kesari. As Akshay Kumar had to wear a massive turban in the film, he decided to go bald. Akshay Kumar did that because wearing a heavy and huge turban wasn't easy for him. Akshay Kumar not only had to shoot some action scenes during the filming of Kesari, but he also used to feel very uncomfortable and hot.

A post shared by Bhansali Productions (@bhansaliproductions) on Nov 6, 2019 at 3:00am PST

Madhuri Dixit wore a whopping 30 kilograms lehenga in the movie Devdas. Madhuri Dixit essayed the iconic role of Chandramukhi in the film. For the dance sequence, Kaahe Chhed Mohe Madhuri Dixit not only wore a heavy lehenga but she also wore some pretty heavy jewellery. Wearing such heavy ensembles Madhuri Dixit danced beautifully in the track, which was truly flawless. In yet another song from the Devdas, Maar Daala, Madhuri Dixit wore more than 20 kilograms outfits.

Ayushmann carried then 90 kilograms Bhumi Pednekar for a race in the movie Dum Laga Ke Haisha. Bhumi Pednekar gained 30 kilos to look her part in the film, and Ayushmann Khurrana carried her on his back for a race sequence in the drama movie. In fact, Ayushmann did not use any body-double to do so. 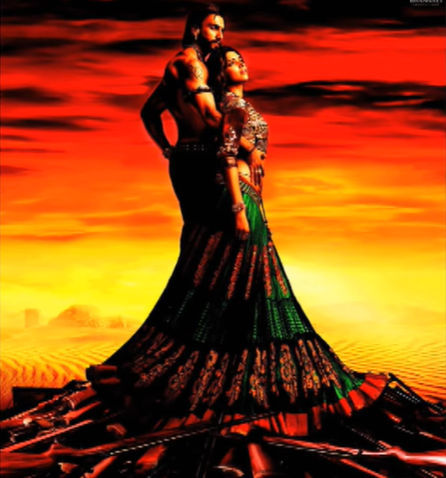 Aishwarya Rai Bachchan wore oodles of weight in the form of heavy traditional jewellery and dresses in Jodha Akbar. In the entire film.  Aishwarya was all decked up with tons of heavy jewellery from head to toe. She also wore the most exquisite lehenga's in the Ashutosh Gowariker film.