Alaya F Thanks Sonam Kapoor For This ‘obsessing Outfit’

Alaya F is obsessing over an outfit, all thanks to Sonam Kapoor and brand Bhaane. The co-ord set is a pastel look Alaya opted for a home shoot. Check it out!

Alaya F’s Instagram always gives a glimpse into her daily life. The actress often shares her daily activities on Instagram. This time again the Jawaani Jaaneman shared pictures of her donning a chic look. Alaya F took to Instagram to show off her fit body in a Bhaane creation. All of this put together by Sonam Kapoor.

Also Read | Unseen Pic Of The Day: Sonam Kapoor's Childhood Photo Is Too Cute To Miss

Alaya F’s picture was shot at home by herself as per her Instagram post’s caption. The actress donned Sonam Kapoor’s husband Anand Ahuja’s brand, Bhaane. The look was a pastel green co-ord set with ruche and ruffles. Alaya’s outfit was a body-hugging top and skirt set by designer label Bhaane. The outfit has a faux cut-out of layered fabric and a slanting ruffle across the corset of the top. She paired the look with a simple neckpiece and stunning getaway hair. For the skin, she opted for a minimalistic fall look, with light pink lipstick shade.

Alaya F took to Instagram to share the picture. She accompanied the picture with the caption, “OBSESSED with this outfit from @bhaane! Thank you @sonamkapoor! Couldn’t resist doing a mini photoshoot at home.” Apparently, she clicked the pictures at home. The picture received several likes and comments from Alaya’s 865K and counting followers.

Sonam Kapoor had a lot to say about the look

Sonam Kapoor also complimented Alaya’s final looks. Sonam wrote, “You look so hot in this," as per the captions. She accompanied the comment with emojis. Apart from Sonam, Bhaane’s official Instagram account also complimented the upcoming actress. 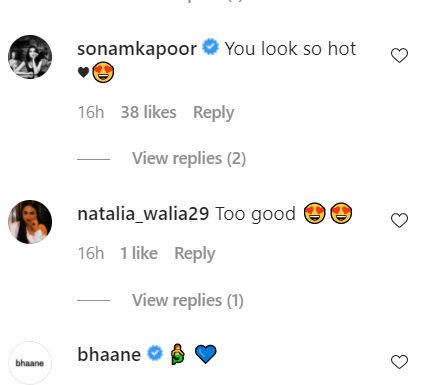 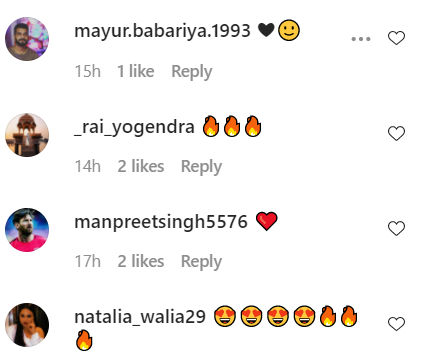 Alaya often does mini-shoots at home and shares it with her followers. Her posts from doing art to exercise, are all etched throughout her Instagram. She recently shared a dance cover on Jine Mere Dil Looteya song as well.

Check out her recent cover on Punjabi song here