Alia Bhatt is known to be quite active on social media. She shared a picture of hers quoting Taylor Swift in her caption. Check it out.

On September 15, Bollywood actor Alia Bhatt took to her social media handle and shared a picture of herself as she poses for the camera. She is sporting a no-makeup look and is dressed in a white top. The picture seems to be clicked at one of her photoshoots. She quoted American singer Taylor Swift in her caption. Scroll down to take a look at Alia Bhatt's latest Instagram post.

Within a few minutes, the Student of the year actor's post managed to garner more than 3.5 lakh likes. Alia is wearing a plain white top and has minimal face makeup in the picture. Her hair is well dressed while she looks right into the camera. She captioned her post by quoting Taylor Swift from her song Shake it Off. The caption reads, "but I keep cruising, can’t stop won’t stop moving". It means that she will keep moving forward no matter what people talk about her.

Alia Bhatt's fans can't stop commenting on her picture either. They have admired her beauty in the comment section. A fan called Alia 'queen'. Another fan says 'This beautiful face makes my life 100x better'. Many fans have commented with heart emojis. Take a look at some comments. 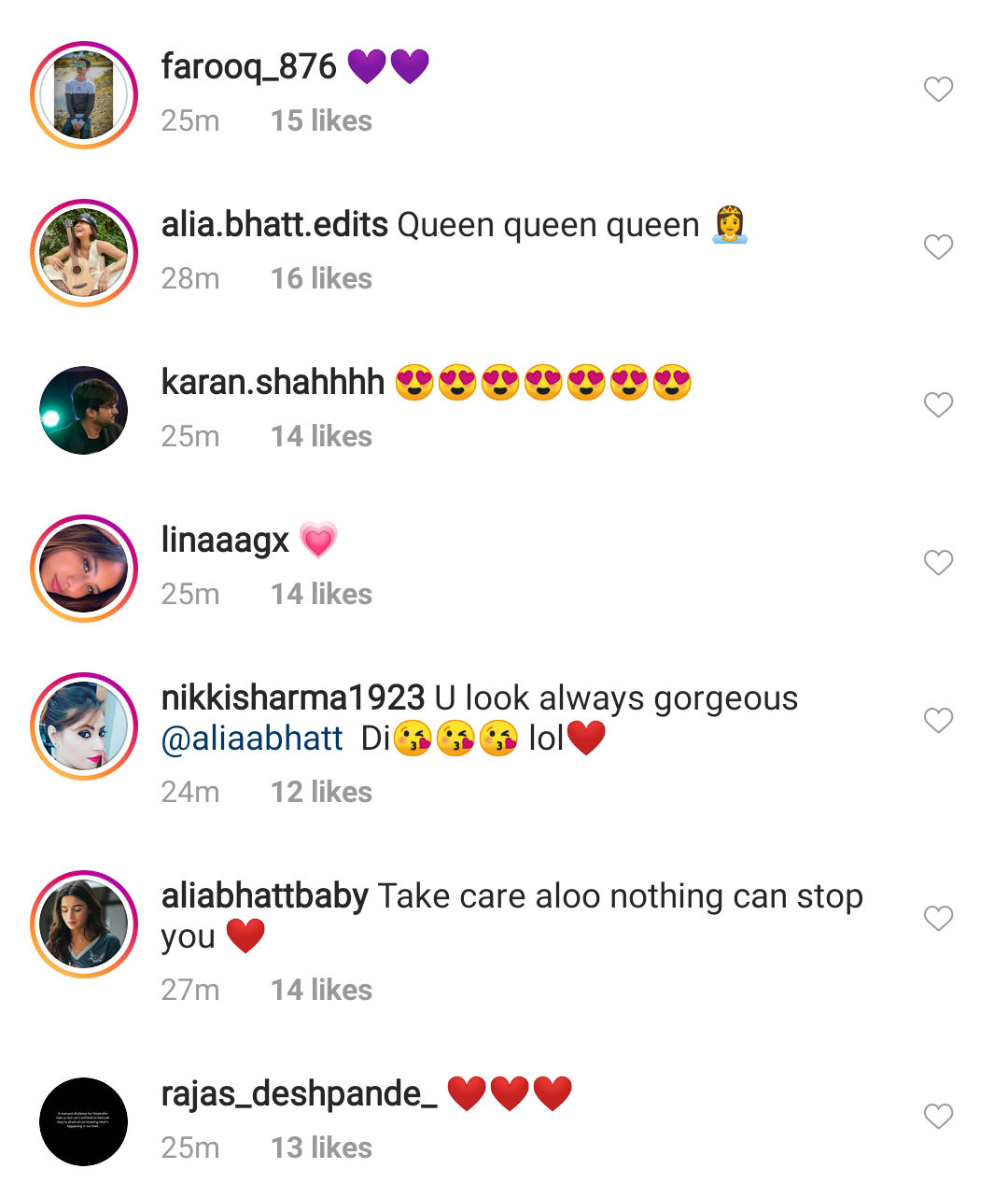 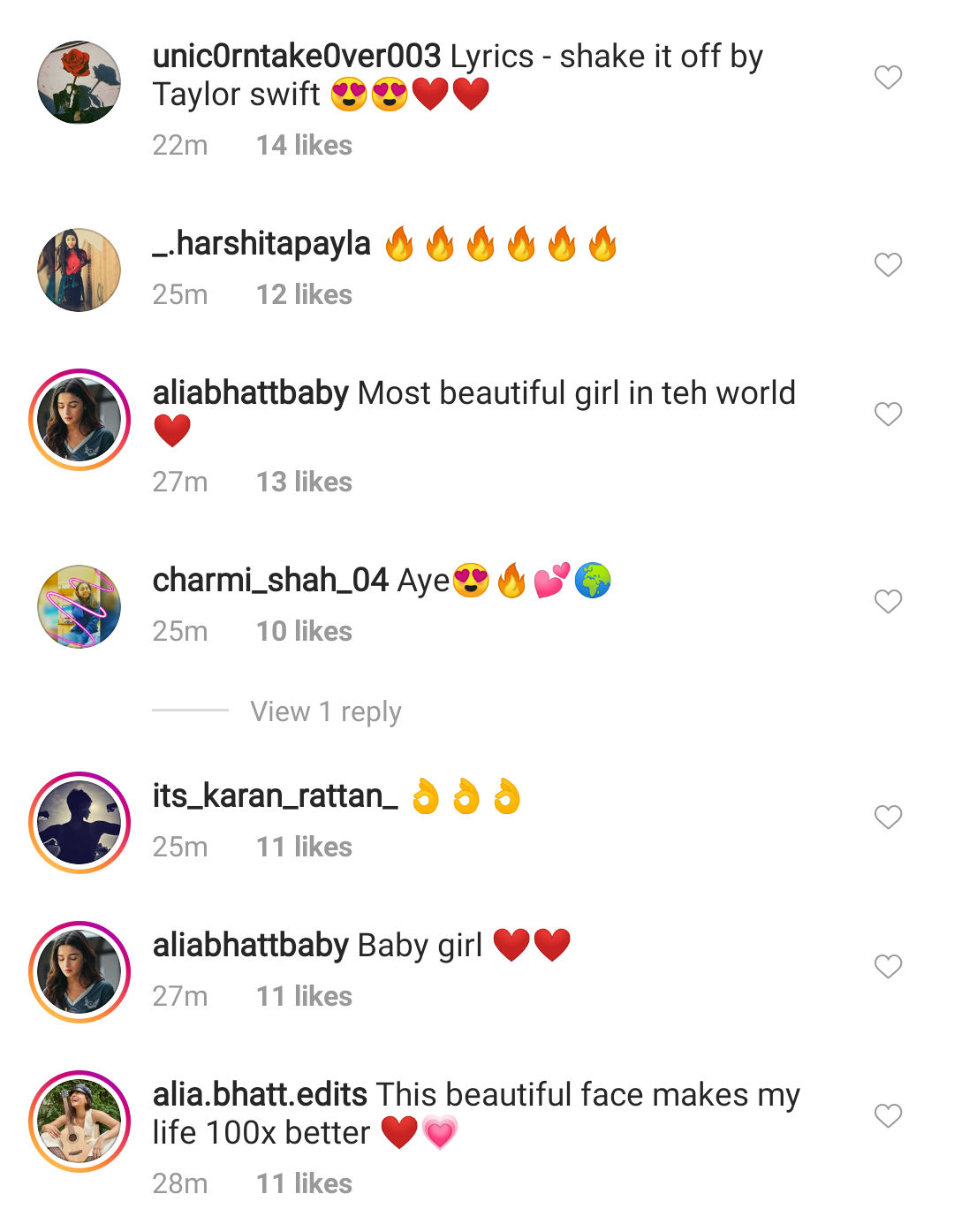 Alia Bhatt's Instagram is filled with her shoot pictures, her pet cat's pictures as well as promotional photos and videos. Recently, she shared a picture from her shoot for Elle magazine. Her sister Shaheen Bhatt captured her while she posed in for the camera. She is wearing a summer ikat floral 3 tiered hand micro pleated maxi by Saaksha & Kinni. Alia Bhatt is lying on a patch of grass while she giggles looking away from the camera. The shot was taken from a higher angle. Alia Bhatt's photos for the Elle shoot have turned out to be absolutely stunning. Take a look:

On the professional front, the 27-year-old actor was last seen in Mahesh Bhatt's Sadak 2 with Sanjay Dutt. The film had an OTT release on streaming giant Disney+ Hotstar. The film was the first collaboration of Alia with her father Mahesh Bhatt. The film mainly focuses on the revenge story of Aarya, played by Alia.