Alia Bhatt Turns Photographer For Her Furry Friends Amid Lockdown; See Pics Clicked By Her

Alia Bhatt finds a new hobby during Coronavirus lockdown taking up photography. Her subjects are no other than her furry friends. Read on to know more.

With the country under a lockdown due to the pandemic COVID-19, people are finding ways to keep themselves entertained at home. Bollywood celebs are also indulging in the same, cooking, cleaning, sketching, reading and various other activities. Recently, actor Alia Bhatt took to her Instagram account to post pictures of her pet cat and Ranbir Kapoor's dogs exploring a new hobby of photography.

Earlier in the day, Alia Bhatt on Instagram posted three pictures of her animal friends. These were her cat, Edward and Ranbir Kapoor's two dogs, Lionel and Nido. With being quarantined at home, Alia took up a new hobby of photography and made these furry friends her subjects. Take a look:

Also Read: Alia Bhatt's Throwback Pic With Her Father Will Make You Want To Hug Your Father Too; See

Meanwhile, it seems Alia Bhatt has quarantined herself in rumoured beau, Ranbir Kapoor's house. The proof, of course, seems to be the pictures of Ranbir's pooches, an English and a French mastiff. Not many know about his dogs since the actor is not on social media. However, courtesy to Alia's new photography hobby, fans got a glimpse of them.

Also Read: Alia Bhatt Steps Into World Of Facebook, Gets 1.5 Million Followers In A Day

In other news, during the Coronavirus outbreak, people are abandoning their pets on the street thinking they are carrying the virus. However, Alia Bhatt and Anushka Sharma have come forward creating awareness against this notion and asking them not to abandon them during such a time. Anushka also asked her fans to take care of stray dogs who might not be getting enough to eat during such a time. 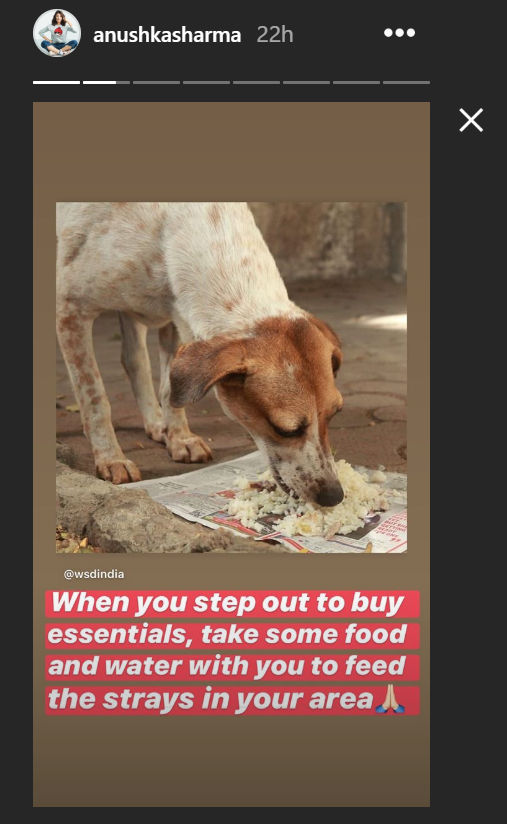 PEOPLE HAVE PLEDGED SO FAR
LATEST NEWS
View all
1 hour ago
Is 'Stree' producer Dinesh Vijan making a film on male virginity?
11 mins ago
Pankaj Kapoor's solid net worth is a result of his illustrious career; Check details here
2 hours ago
Mira Rajput wishes Pankaj Kapur on his birthday, says 'nobody as cool and as warm as you'
53 secs ago
Amitabh Bachchan helps migrant labourers by arranging transport service for them; details
1 hour ago
Maanvi Gagroo receives apology from the fashion brand that used her pic & body shamed her