BigB Was Told His Followers Are Low For Lack Of Bikini Pics; Posts Along Questionable Line

Amitabh Bachchan took to Instagram to share that someone was explaining to him the reason for his lower number of followers, after which he posted accordingly

Amitabh Bachchan has been among the most active celebrities on Twitter for the last few years, and that’s one of the reasons he’s second only to Prime Minister Narendra Modi in the followers count, with over 41 million followers. However, on Instagram, he is nowhere near the most-followed with the likes of Virat Kohli, Deepika Padukone and Priyanka Chopra having over three times more followers than him. Big B had an idea to bridge this gap - one that may perhaps not be palatable as it is undoubtedly sexist, though he attributes it to someone else.

Amitabh Bachchan took to Instagram to share that someone was explaining to him how the reason for his lower number of followers was because he can’t put up a picture in a bikini. The the 77-year-old recalled how he had posed in a ‘bhara hua kini’ in a photo from the movie Mahaan. Incidentally, it was also the 37th anniversary of the film on Wednesday.

Somebody was explaining to me why I was not getting the big numbers on Insta , unlike all the other youngGEN .. he said “ because you can’t put up a pic in a bikini “ !!! And suddenly this one popped up .. not quite a bikini , it’s more ‘bhara hua kini’ .. from my film MAHAAN .. triple role .. and today 37 th year of its release !! ðŸŽ¥ðŸ˜³ðŸ˜œ

READ: Amitabh Bachchan Reacts To A Hilarious Video Of Man Talking To Donkey Amid Lockdown

Celebrities haven't reported anything amiss about the photograph though, and posted appreciative emoji. Maniesh Paul, Manish Malhotra, Tanuj Virvani, Tina Datta, Angad Bedi, Prateik Babbar, Ronit Roy were among those who reacted. Dino Morea was sure that the followers will now ‘’sky-rocket’ after this picture. 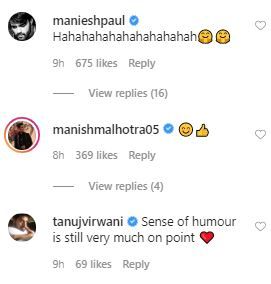 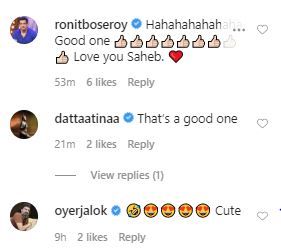 Amitabh Bachchan has been regularly sharing throwback pictures on his social media handles. Be it with actor-wife Jaya Bachchan at Sholay premiere, or with Rishi Kapoor from Naseeb sets or his first photoshoot, fans have been loving the moments.

Meanwhile, the veteran has also participated in numerous initiatives for COVID-19 pandemic, featuring in numerous videos, arranging for the delivery of food to the needy and supporting the fund for daily wage workers of the film industry.