Amitabh Bachchan recently took to Twitter to share pictures from the sets of 'Brahmastra. Find out how his daughter Shweta Bachchan reacted to the photo.

Bollywood legend Amitabh Bachchan is currently busy shooting for his upcoming action-fantasy film Brahmastra. He recently gave his fans a sneak peek from the sets of the movie and the picture has become the highlight of the day for his league of fans. His fans are going completely gaga over the new look that the actor is seen sporting in the shoot. The picture also features a side look of actor Ranbir Kapoor, but it is Amitabh Bachchan who grabs the most attention. Big B is sporting the grey hair look as he turns up his swag in a black jacket and a pair of reflective sunglasses.

Also Read | IFFI: Amitabh Bachchan Lauds Usha Jadhav On Win, Calls It 'honour' To Have Worked With Her

Amitabh Bachchan also posted the BTS pic on his Instagram handle and it seems that his daughter Shweta Bachchan is completely awestruck with his dad's picture. She just could not resist praising Amitabh Bachchan on his brand new look for Brahmastra. Television host Maniesh Paul was also quite amazed and he commented with fire emojis. According to the caption, it appears that Amitabh Bachchan is shooting for the movie in -3 degrees. 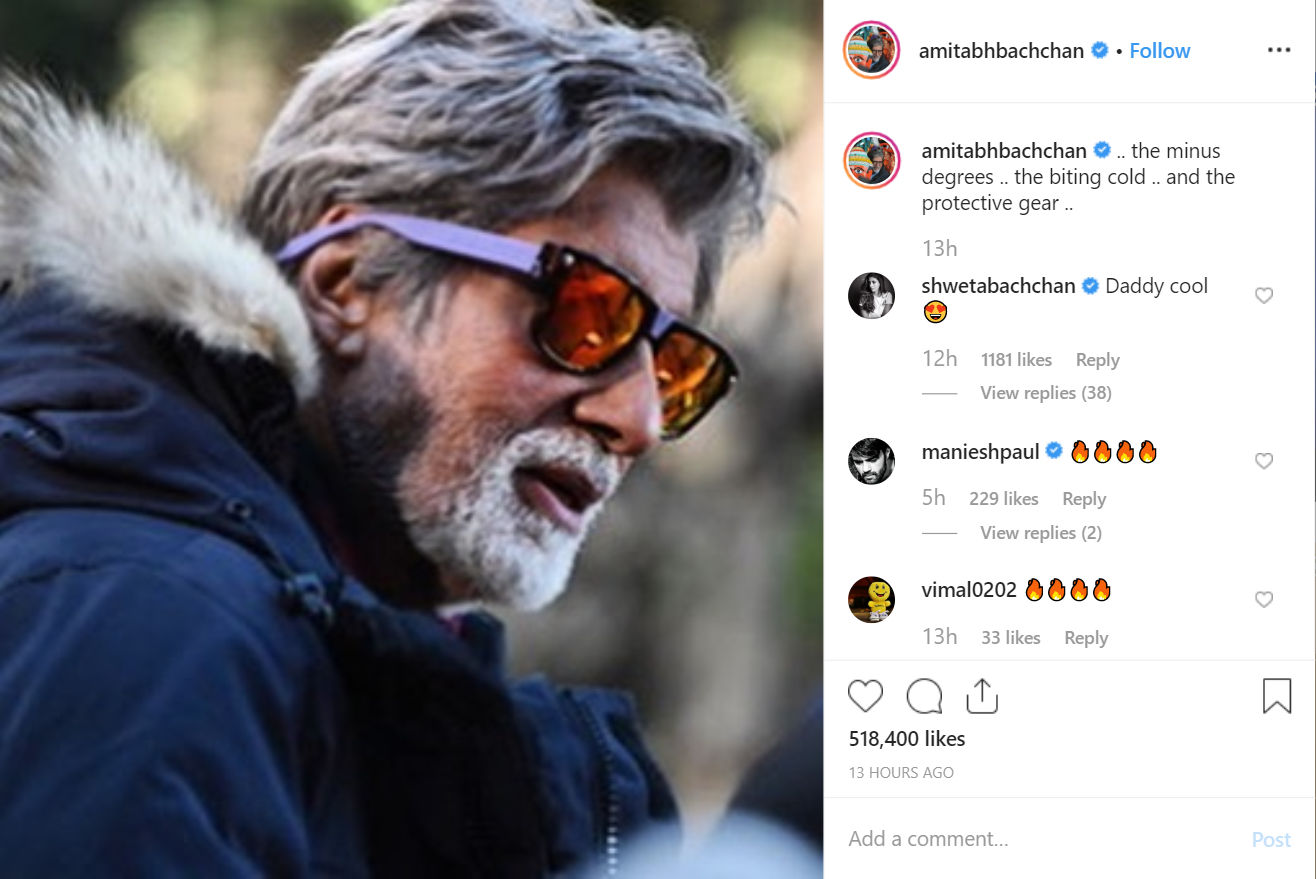 Brahmastra is said to be one of the most ambitious movies to come out in recent times. The film is set in contemporary India and follows the life of Shiva, a reluctant hero who embarks on an unexpected journey of self-discovery and love, which leads him to rise against the dark forces that threaten the existence of mankind. The film has been planned as a superhero trilogy and the first part of the film will feature Ranbir Kapoor, Alia Bhatt and Mouni Roy amongst others. Brahmastra is directed by Ayan Mukerji and is slated to release in May next year.