Priyanka Chopra posted a motivational message for her fans to help them get through these tough times that the world is facing. B'town celebs praised her

Bollywood celebrities are doing their best to encourage their fans to take precautions and stay safe amid the Coronavirus outbreak. The world is battling with the pandemic and the number of cases has been rising exponentially. Amidst this, Priyanka Chopra took to her Instagram and shared a positive message with her fans. Read on to know more about it.

Priyanka Chopra posts a motivational picture on her Instagram

Priyanka Chopra recently shared a motivational doodle on her Instagram handle with her fans. In the doodle, there’s a drawing of a horse and the horse rider who can be seen in a deluge. The horse is seen telling its rider that it is scared, to which the rider replies that even if he is scared, but they are less scared as they are together. Check out the post below.

Priyanka Chopra has a huge fan following on her social media accounts. In these tough times, sending a positive message out was seen in a positive light by her fans. Once the post went up, other celebrities started posting their comments on it. Bollywood celebrities like Anushka Sharma, Malaika Arora and Sussanne Khan were seen posting hearts on the picture. Take a look at their comments below. 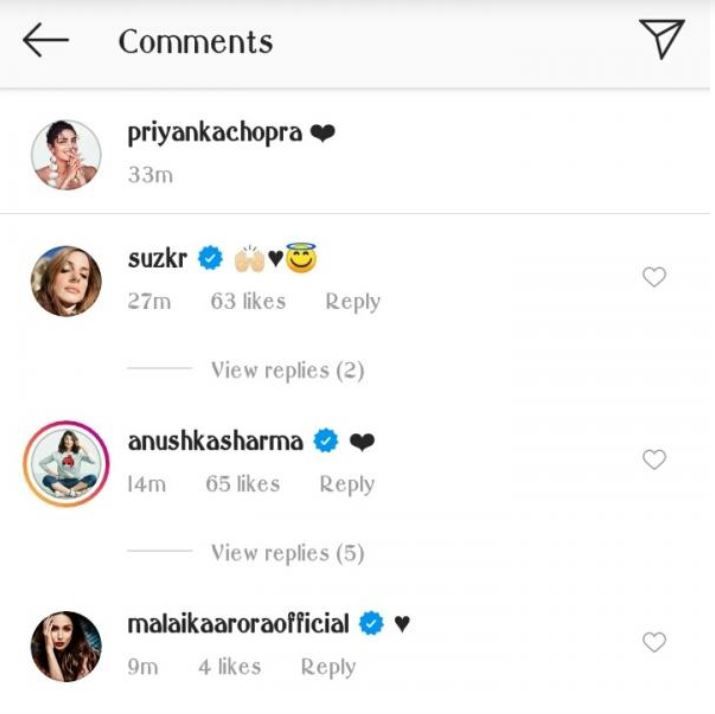 Priyanka Chopra and Nick Jonas have been in quarantine for the past ten days. The couple had come to India to attend a Holi party and they later flew back to their city in the USA.

Also Read | 5 Hindi Books To Read For Your Folks; From Premchand's 'Godan' To Bhisham Sahni's 'Tamas'