Anushka Sharma recalled conversations with her father, Colonel (Retd) Ajay Kumar Sharma during her school journey. She shared how his advice influenced her.

Bollywood stars are known to express their love for their fathers. Be it getting inked like Priyanka Chopra’s ‘daddy’s lil girl’ tattoo or sharing heartwarming throwback pictures, the actresses are profuse in expressing their affection. Anushka Sharma too is known to share loved-up posts with her father, Colonel (Retired) Ajay Kumar Sharma.

As the actor turned 32 recently, she shared how her father became an influential figure of her life when she was growing up. The Band Baaja Baraat star was quoted as saying that her teachers and the Principal at the Army Public School in Bangalore were close to her and left a ‘lasting impression’ on her mind. However, it was her father’s ‘invaluable lessons’ during that phase that stood out for her.

Anushka recalled how her father would drop her to school every day and they would have conversations during the ‘little bit too long’ journey. The actor-producer said one advice given by Sharma Sr influenced her personality and the way she dealt with challenges. The Dil Dhadakne Do star reminisced that her father asked her to ‘always do the right thing’ and pray to God about knowing what’s the right decision, irrespective of how good or bad the situation might be.

READ: What Was Anushka Sharma Up To This Week? From Penning A Wish To Cute Gesture For Virat

Anushka said that this advice stuck with her when she started working at a ‘very young age’ of 14-15, when it was 'hard’ to make the decisions for her career. The actor shared that this thought gave her clarity at that time.

Meanwhile, Anushka’s father and her mother are living with her and husband, Indian cricket captain Virat Kohli, at their Mumbai home during the lockdown. Be it enjoying a game of monopoly or ludo, the family is spreading smiles. Sharma Sr even gave Anushka quantum physics lessons at home. 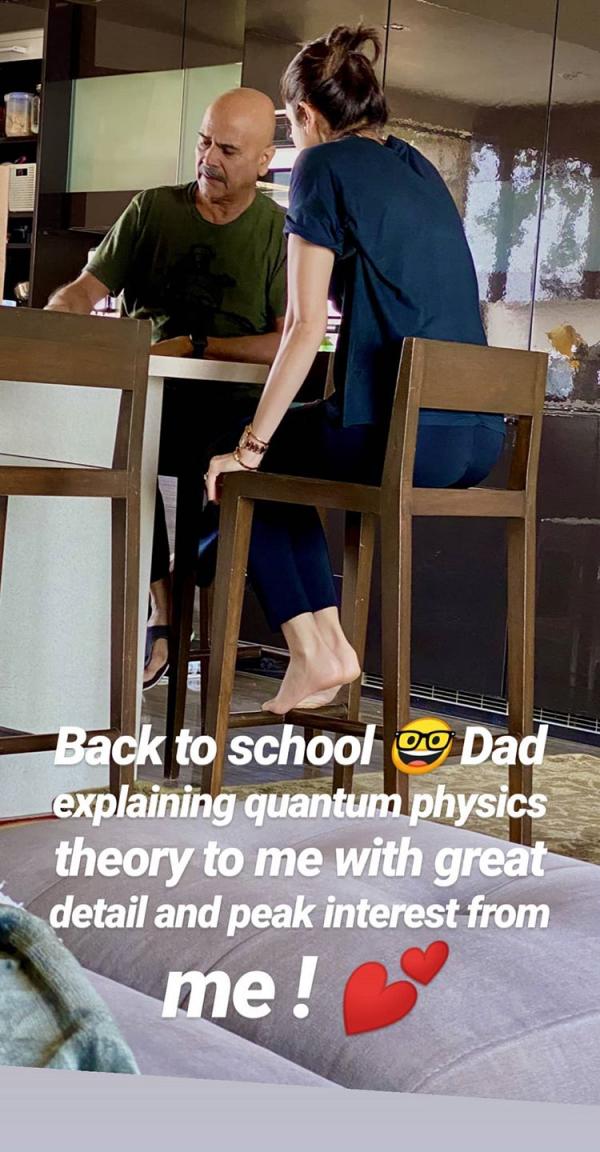 Meanwhile, on the professional front, Anushka, who was last seen in 2018 release Zero, unveiled the trailer of her production Paatal Lok recently.

READ: Anushka Sharma Can Slay Poker Face Expression Like No Other & These Pics Are Proof