Anushka Sharma shared pictures of her romantic evening with Virat Kohli. While netizens showered love on it, Arjun Kapoor's comment on it stole the limelight

Enjoying a beautiful evening at her Mumbai home with husband Virat Kohli, Anushka Sharma shared two new pictures of herself, courtesy her 'beloved'. The actress can be seen enjoying the Mumbai skyline as she sips on her hot beverage. The post was showered with love and compliments from her fans. Some wanted more pictures of Anushka with Virat. “Please post virushka selfie as well,” wrote one.

Even Arjun Kapoor left a rather hilarious comment about her socks. “Socks ki dry cleaning mashallah top-notch hai (The socks have been dry-cleaned so well),” he wrote. The remark soon went viral and has already gained over 1000 likes on social media in a matter of just one hour.

Earlier on Tuesday, Praising the courage, valour, and sacrifices made by the armed forces on the 72nd Army Day,  Anushka Sharma took to Instagram to share three pictures of her father from his days in the army and wrote a special message for him. “Their selfless sacrifices, courage and brotherhood is beyond words. My dad always made me proud. Love you papa,” she wrote on her Insta stories. For those unaware, Anushka’s father, Ajay Kumar Sharma fought for India in 1999’s Kargil War. 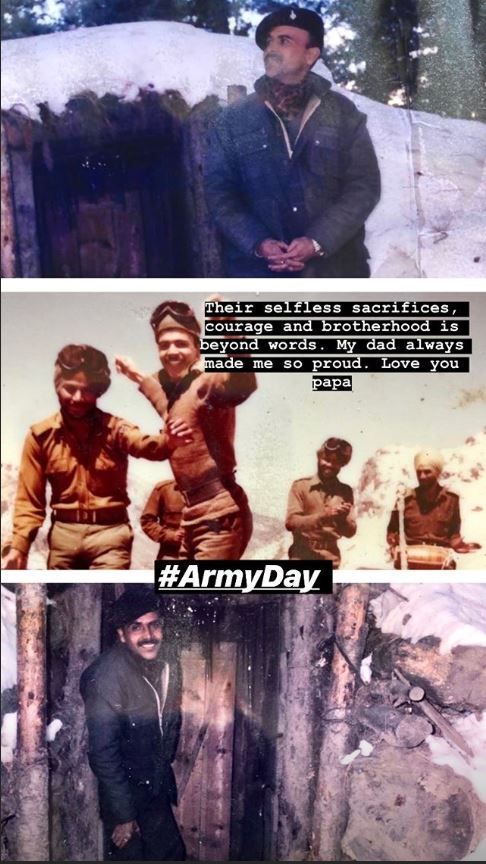 Meanwhile, Anushka Sharma is back with a bang after a hiatus of more than a year from Bollywood with a sports biopic based on Indian all-rounder and former captain of the Indian women's cricket team, Jhulan Goswami. Just days back, pictures of the actor wearing the blue jersey and walking on the cricket pitch at Kolkata's Eden Gardens have surfaced online and have created anticipation among the fans. Anushka will be playing the role of a cricketer for the first time in this film.