The outbreak of COVID-19 has pushed people indoors around the globe. In this time of crisis, many popular celebrities are taking to social media to keep their fans updated with their day-to-day life and are also creating awareness to curb the spread of Coronavirus. In this time of crisis, actor Anushka Sharma took to her Instagram to share an animated caricature of herself created by a fan. Take a look at the picture of Anushka Sharma and Virat Kohli here. 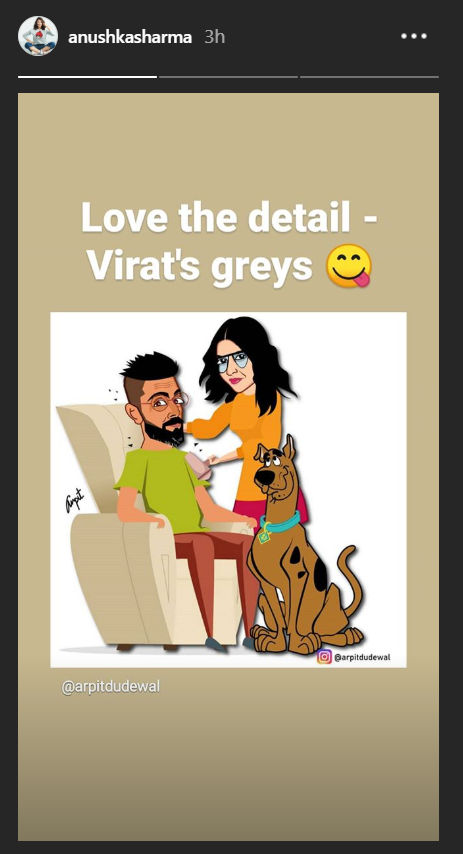 Anushka Sharma took to her Instagram to share a picture from one of her fan accounts. In this animated caricature image, Anushka and Virat are seen dressed as Shaggy and Velma from the TV show Scooby-Doo. Anushka captioned the picture by writing 'Love the details' and wrote that she especially likes Virat's greys and also added a tongue sticking out emoji at the end of the post.

This picture was shared by Arpit Dudwewal and in this picture, Virat can be seen as Shaggy and Anushka is seen in the role of Velma. Take a look at the original post here.

Other than this, the couple is also seen enjoying their time indoors. During the quarantine Anushaka even turned to a hairstylist for Virat and trimmed his hair. Take a look at this post here.

PEOPLE HAVE PLEDGED SO FAR
LATEST NEWS
View all
1 hour ago
Preity zinta remembers fallen heroes in us & at home as she celebrates memorial day
7 mins ago
Hrithik roshan was convinced for a week to sport short hair in 'war', says hairstylist
1 hour ago
Ranbir kapoor's 'badtmeez dil': check the making of the song here
18 mins ago
Kareena kapoor or shraddha kapoor: who wore the similar black pantsuit better?
32 mins ago
Jacqueline fernandez channelises her inner artist amid coronavirus lockdown, see pictures