After taking break from work and spending the festivities with friends, Arjun Kapoor has resumed work and recently landed at Jaisalmer to shoot Bhoot Poliice.

After taking a short break from work and spending the festivities with friends, actor Arjun Kapoor has resumed work and recently landed at Jaisalmer to restart the second shooting schedule of his upcoming film Bhoot Police. The film has an ensemble star cast including Saif Ali Khan, Yami Gautam, and Jacqueline Fernandez. The actor while driving down to his shooting location, shared a picture, and expressed happiness.

In the picture, he can be seen flaunting his dashing looks and wrote, “Bhoot Police, Jaisalmer…let’s do this.” He shared another picture while showing the sand dunes and the desserts on the roadside. Sometime back, the actor who plays a vital role in the film took to his Instagram story and shared some spooky pictures from the night shoots of the film. In the pictures, Arjun gave a glimpse of the eerie set up by the team which is sure to send chills down the spine of the viewers. The picture showed the set up with low lit candles, lights with people enacting and practicing black magic in the middle of a dense jungle. The other video showed a candle burning on a skeleton. While captioning the post, Arjun wrote, “Bhoot Police, Night shoots.” 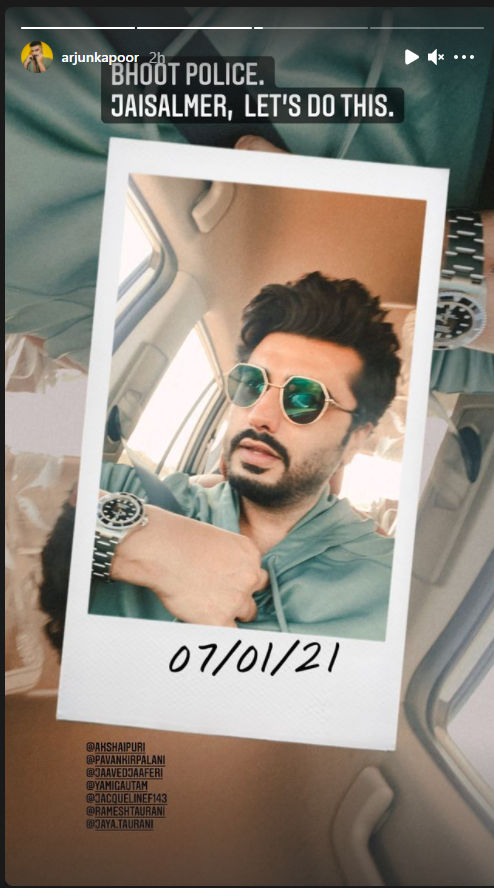 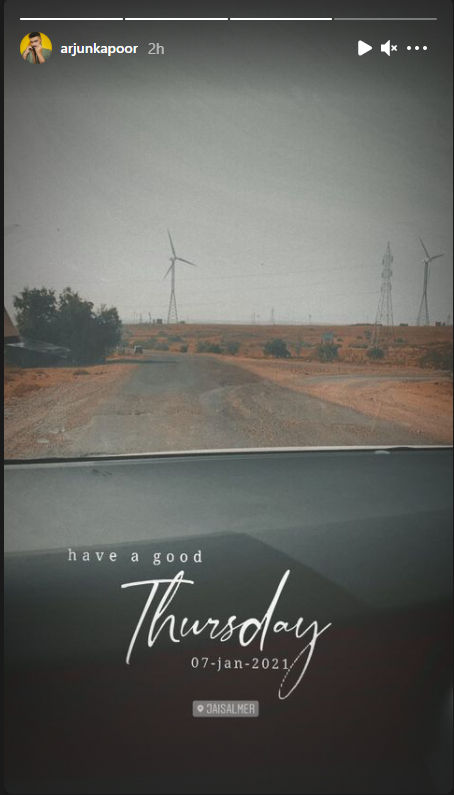 Earlier, the first schedule of the film was shot in Himachal where the team covered some of the exotic locations in Dharamshala and Dalhousie. Arjun’s shooting schedules were interesting in Himachal as he got to spend time with his lady love Malaika who jetted off to Himachal to spend some time with the actor. Arjun Kapoor and Malaika Arora were also seen together in Dharamshala as the two couples spent some quality time together. Pictures of Saif and Kareena as well as Malaika and Arjun were posted on social media. Meanwhile, apart from Bhoot Police, the actor has a couple of projects in his kitty. Kapoor who was last seen in Namaste England, India’s Most Wanted, and Panipat, will soon be seen in the upcoming film titled Sandeep Aur Pinky Faraar along with his first co-star Parineeti Chopra.