Read: Heartwarming Scenes From Ayushmann Khurrana's 'Badhaai Ho' That Are All About Family

Surekha Sikri is a popular name in Bollywood, who was last seen in the 2018 blockbuster movie Badhaai Ho. She has done several shows on the small screen as well like Balika Vadhu. Surekha Sikri's sister Manara Sikri is Naseeruddin Shah's first wife. 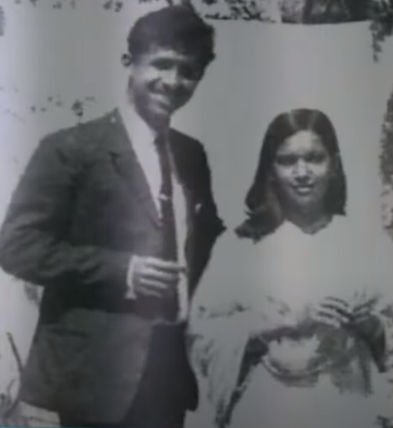 When Manara Sikri married Naseer, he was just starting his career in Bollywood, whereas Surekha Sikri was an established actor. Naseeruddin Shah married, Manara when he was in his early 20s, against his family's will as Manara was 14 years older to him.

Read: Did You Know 'Extraction' Director Sam Hargrave Strapped Himself To Car For A Chase Scene?

Naseeruddin Shah and Manara Sikri were married for a few years and have a daughter named Heeba Shah. Post-divorce, Manara moved to London to pursue her career as a medical professional. She lived with her daughter Heeba. A few years later, Manara passed away, and since then Heeba Shah stays with her father Naseer and his family.

The Ishqiya actor is now married to Ratna Pathak Shah aka Maya of Sarabhai Vs Sarabhai. The couple has two sons Vivaan and Imaad Shah. Both are actors, Vivaan was seen in Farah Khan's Happy New Year, and Imaad made his Bollywood debut with critically acclaimed movie Dil, Dosti, etc. Naseeruddin Shah was recently in news for his critical health but his younger son Vivaan cleared the air, saying his father is perfectly hale and hearty.