Did Kartik Aaryan And Sara Ali Khan Ignore Each Other At An Award Ceremony?

Kartik Aaryan and Sara Ali Khan will be seen in Imtiaz Ali Khan's Love Aaj Kal 2. However, the two are making headlines over their alleged break-up. Read here

Kartik Aaryan and Sara Ali Khan who will be seen in Imtiaz Ali Khan's Love Aaj Kal 2 were earlier making headlines over an alleged relationship. The two were being papped going out and about in the city, however, recent rumors of their break-up filled B-town and the latest update is that the duo ignored each other at an Award Show. A source was quoted by a leading media publication saying, “Kartik and Sara did not even exchange greetings with each other and sat at a distance. They kept to themselves and made sure to not cross paths. The cold vibe between the two could be felt.”

READ: Kartik Aaryan Dances Atop A Car And Thanks Fans For All The Love And Support 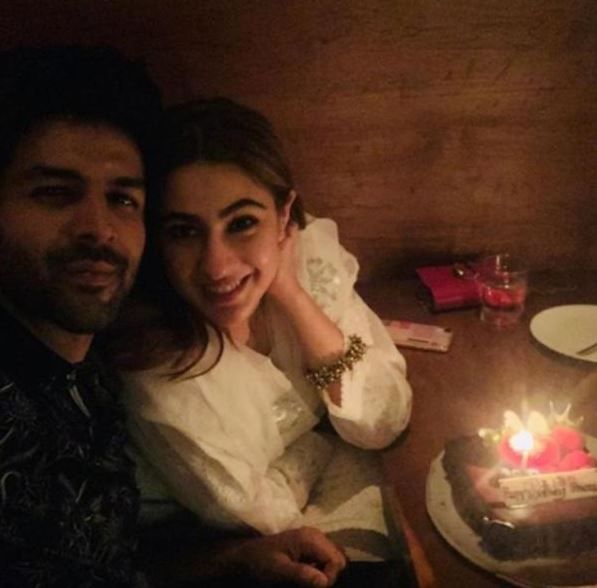 Sara answered a couple of questions asked by a fan club. The fan club’s representative asked that now that the shoot of the movie Love Aaj Kal 2  was over, how was her experience of working on the sets of the movie? Sara answered that it was really amazing and she enjoyed the shoot a lot. She also added that she misses the fact that she is not on the set of the movie and anticipates that fans will enjoy the movie as much as they enjoyed shooting it.

READ: Sara Ali Khan Loves To Be The Big Sister To Taimur. See These Pics From Her Post For Proof

Sara Ali Khan has a plethora of projects in the pipeline. She will be seen opposite Varun Dhawan in Coolie No1. Apart from that she also has Love Aaj Kal 2 in the pipeline. The sequel of Love Aaj Kal is not titled yet. The film releases on Valentine’s Day next year. Not much else is known about the other members of the cast. The film has been produced by Dinesh Vijan of Maddock Films. He had produced the original, along with Saif Ali Khan.