Did You Know Birthday Girl Nora Fatehi Was Also A Part Of 'Baahubali: The Beginning'?

Nora Fatehi celebrates her birthday today on February 6. Did you know the 28-year-old dancer gained popularity after her cameo in 'Baahubali: The Beginning'?

Dancer and actor Nora Fatehi celebrated her 28th birthday today on February 6. The actor who made her debut with the Bollywood film Roar: Tigers of the Sundarbans has entertained the audience for several years now with her fabulous dance moves. Did you know the actor starred in Baahubali: The Beginning? On the occasion of Nora Fatehi's birthday, here are some interesting things you ought to know about the Street Dancer 3D actor.

Was Nora Fatehi there in Baahubali?

Nora Fatehi in the initial days of her career was seen in several Telugu movies as a dancer. From Temper's Ittage Rechchipodam to Thozha's Door Number, the actor has performed in many dance numbers. Nora Fatehi's song in Baahubali: The Beginning was amongst one of her most appreciated dance numbers. She performed in the song Manohari along with Scarlett Mellish Wilson and Madhu Sneha Upadhyay. 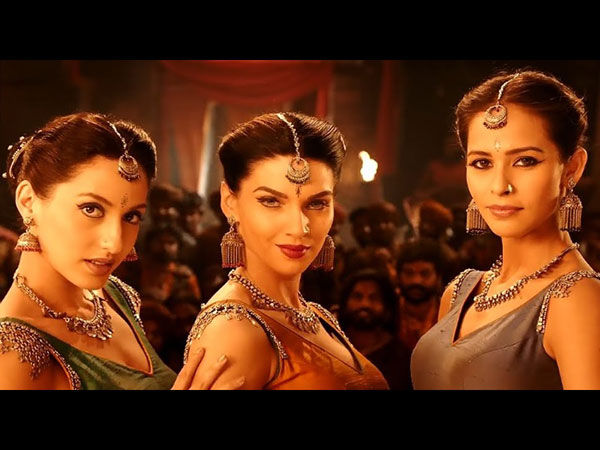 Also Read | On Nora Fatehi's Birthday, Take A Quiz To Find Out How Well You Know The 'Garmi' Star

The actors made a splash as a dancer performing with Prabhas who essayed titular role of Baahubali; in the song, he was disguised as a middle-eastern man. The track is played when Baahubali and Bhallaladeva visit Sighapura in search of a spy. Nora also faced a wardrobe malfunction while shooting for the song in the movie. The song was released in May 2015 and has more than 145 Million views on Youtube. Manohari was sung by Mohana Bhogaraju and LV Revanth. The song released in Tamil was called Manogari while the Hindi and Malayalam song is called Manohari. The track was originally shot in Telugu and many parts were re-shot in Malayalam.

Nora was born in Morrocan family and raised in Canada. Nora's mother is a Punjabi. Nora was seen in many Hindi films and South Indian films before the song Dilbar. Dilbar from Satyameva Jayate garnered her a huge fan following in Bollywood. The peppy number was one of her first Hindi songs to have gained such popularity. The actor was then seen in several other songs like Kamariya from Stree, Ek Toh Kum Zindagani from Handsome. She also featured in some music videos like Pachtaoge, Pepeta, Naach Meri Rani and many more. Nora is currently prepping for the film, Bhuj: The Pride of India which is said the release later in 2021.