Diljit Dosanjh took to his social media to ask people to not post their home workout videos in a hilarious way. Check out what the Good Newwz has to say. Read.

Punjabi singer and actor Diljit Dosanjh has shown his creative photoshopping skills yet again. The Good Newwz actor edited his picture in the viral meme to share a hilarious message amid coronavirus outbreak. The viral meme titled ‘dude with sign’ features a man holding play cards with a message written on it. Diljit Dosanjh edited his head in the picture with a sign that read ‘Stop posting your home workouts’ on it. Check out the picture on Diljit Dosanjh’s Instagram account by the singer/actor. 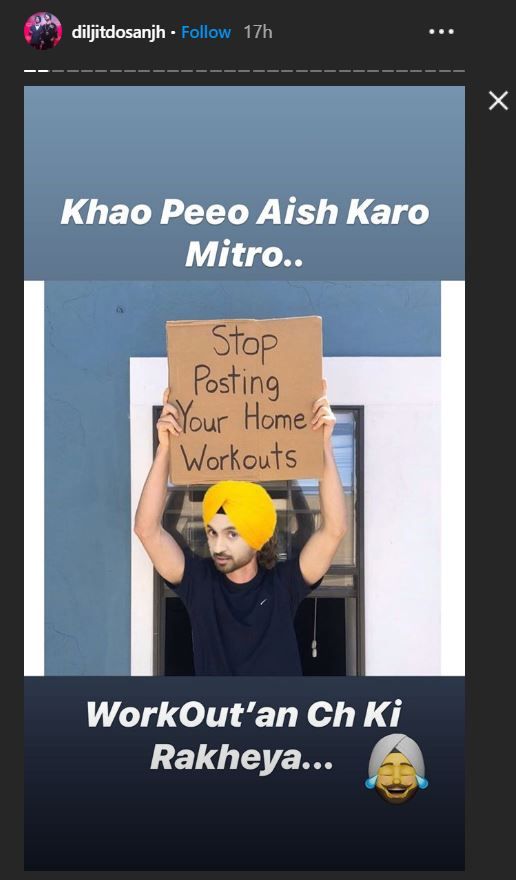 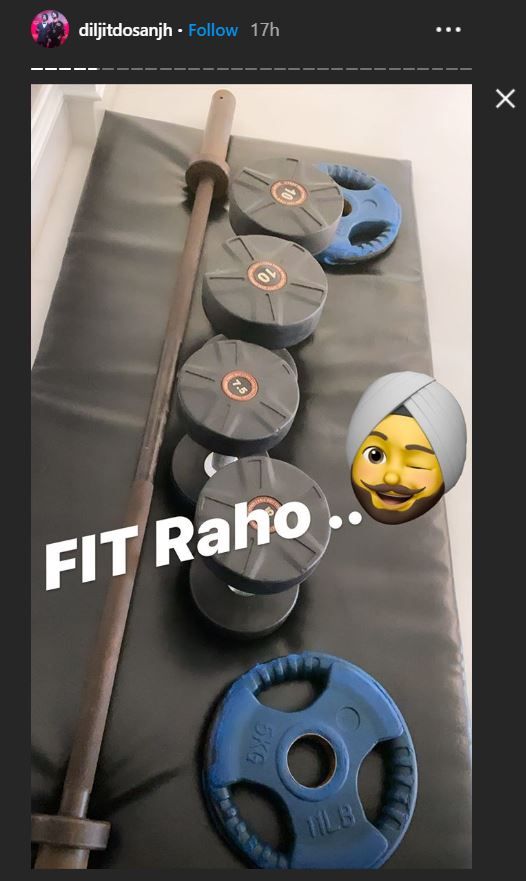 Diljit Dosanjh’s Good Newwz co-star Kiara Advani has commented on his picture. She sent a laughing emoji as well as a few Hi-5 emoji on his comment section. Television actor Ravi Dubey also commented on the post and was seen siding with Diljit’s opinion. Diljit’s fans have flocked to his comments section and showered the post with many laughing emojis as well as likes.

This isn’t the first time that Diljit Dosanjh has presented his photoshopping skills. Most recently he photoshopped himself in the picture of U.S President Donald Trump’s daughter Ivanka Trump. The family had visited India recently and Ivanka Trump went to Taj Mahal, where she clicked a picture. Diljit Dosanjh hilarious edited himself into the picture, which became so viral, that Ivanka commented on the photo shared by him as well.

ALSO READ: DIljit Dosanjh's Net Worth Is A "Good Newwz" In Itself; Read Details