Aditya Roy Kapur and Disha Patani are preparing for their upcoming film’s release, Malang. The crew has managed to gain some needed attention around the film through its recently released trailer. The lead actors have been on a promotional spree for their next. The two were seen together in the city while they were busy promoting their new film. Disha certainly looks dazzling in a white sleeveless top which she paired with red trousers while Aditya Roy Kapoor looked dapper in black cargo pants and a simple grey t-shirt. The stars have been sharing various posts related to the film Malang. Read more to know about Disha Patani and Aditya Roy Kapoor-starrer, Malang. 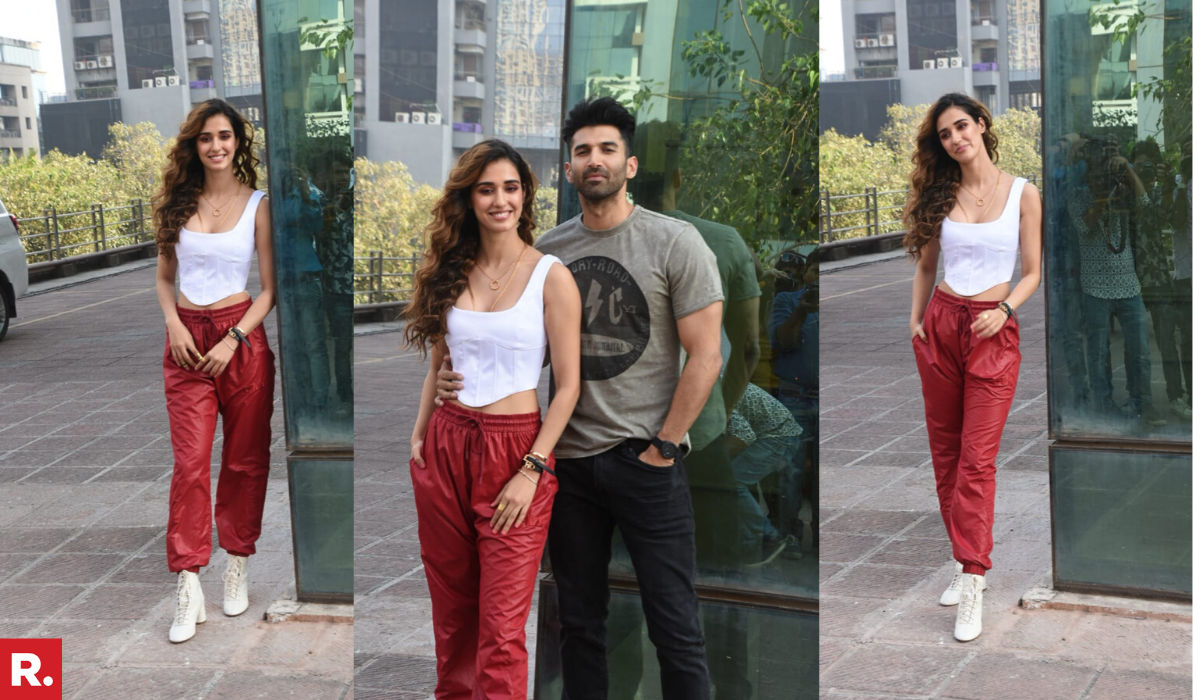 Malang is an upcoming Bollywood film which stars Anil Kapoor, Aditya Roy Kapur, Disha Patani and Kunal Kemmu which has been creating much anticipation since the release of its first look. The Bharat star was channelising her inner diva in the poster of the film and her charm stole fans' hearts. In the poster, Patani looked amazingly gorgeous. The casting team including Aditya Roy Kapoor took to their social media to share with the caption, “In love...living life from one high to another.”

Also Read | Disha Patani Opens Up On Her Preparation For 'Malang', Says 'Workshops Helped Me'

PEOPLE HAVE PLEDGED SO FAR
Vince McMahon and WWE officials change WWE policy after AEW Dynamite signs extension deal
Disha Patani keeps fans hooked as she poses in orange bikini on 'Malang' sets; see pics
Disha Patani finds new way to promote 'Malang' while confessing her love for chai; Watch
Disha Patani teases fans with a glimpse of 'Malang' with its upcoming song 'Humraah'
Disha Patani opens up on her preparation for 'Malang', says 'Workshops helped me'
'Super 30' actor Mrunal Thakur says she played a mom of 2 in a commercial when she was 18
Sonam Kapoor misses sister Rhea Kapoor during lockdown, here's why
Rishi Kapoor slapped Ranbir Kapoor when he was a child, find out why?
DO NOT MISS
PEMA KHANDU ON NATIONAL LOCKDOWN
OWAISI ON NIZAMUDDIN CASE
WATCH: PREGNANCY Q&AS
'NIZAMUDDIN MARKAZ CREATING IMPACT'
HOW ACCURATE ARE TEMPERATURE GUNS?
FANS EXCITED FOR KOHLI-KP TALK