Also Read: Esha Gupta's Yoga Pose Is Not An Easy One To Pull Off; Fans Call Her 'inhumanely Flexible'

On May 8, Esha Gupta took to her Instagram to thank her fans and to let them know that she has crossed 5 Million followers on her Instagram account. The actor posted a video where she was holding a paper with "5 Million On Instagram" written on it.

The actor in the caption of the video also mentioned that she made her debut on TikTok. The One Day: Justice Delivered actor Esha Gupta captioned her Instagram video saying "Thank you for the love and my #eshanians, we are an insta family of 5mil now.. Tiktok debut presented by @divyaagarwal_official @varunsood12 ðŸ˜‚ðŸ¤¦ðŸ½‍â™€ï¸
Edited by @ikshitpatel".

Here is a look at the video that Esha Gupta posted 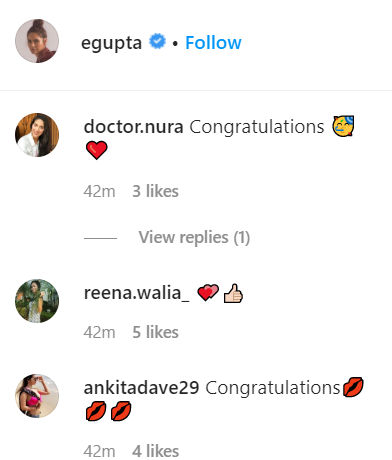 The chase begins as Officer Rene comes face to face with the #REJCTX in Season 2.

PEOPLE HAVE PLEDGED SO FAR
LATEST NEWS
View all
51 mins ago
Riteish deshmukh dances to 'dil mein baji guitar'; jr bachchan calls him 'legend'
11 mins ago
5 alia bhatt starrers that were made on low-budget, but earned exceedingly well at bo
17 mins ago
Arjun kapoor knows what won't happen after corona and it has a friends reference
12 mins ago
Rakul preet singh's vacation pictures are pure goals for travel enthusiasts; check out
1 hour ago
Kareena kapoor's bts videos from '3 idiots' will take you on a trip down the memory lane