Fatima Sana Shaikh recently took to her Instagram to share a picture stating the wrap up of her upcoming film, Suraj Pe Mangal Bhari. Read more about Fatima.

Fatima Sana Shaikh managed to grab a lot of attention for her outstanding performance in Dangal. The fans loved Fatima’s on-screen avatar and since then have been waiting to see her on the big screen. The star recently wrapped up an upcoming project, Suraj Pe Mangal Bhari which might just live up to everyone’s expectations from the Thugs Of Hindostan star.  She shared a picture with the film’s crew on her Instagram story. Read more to know about Fatima Sana Shaikh and her acting journey. 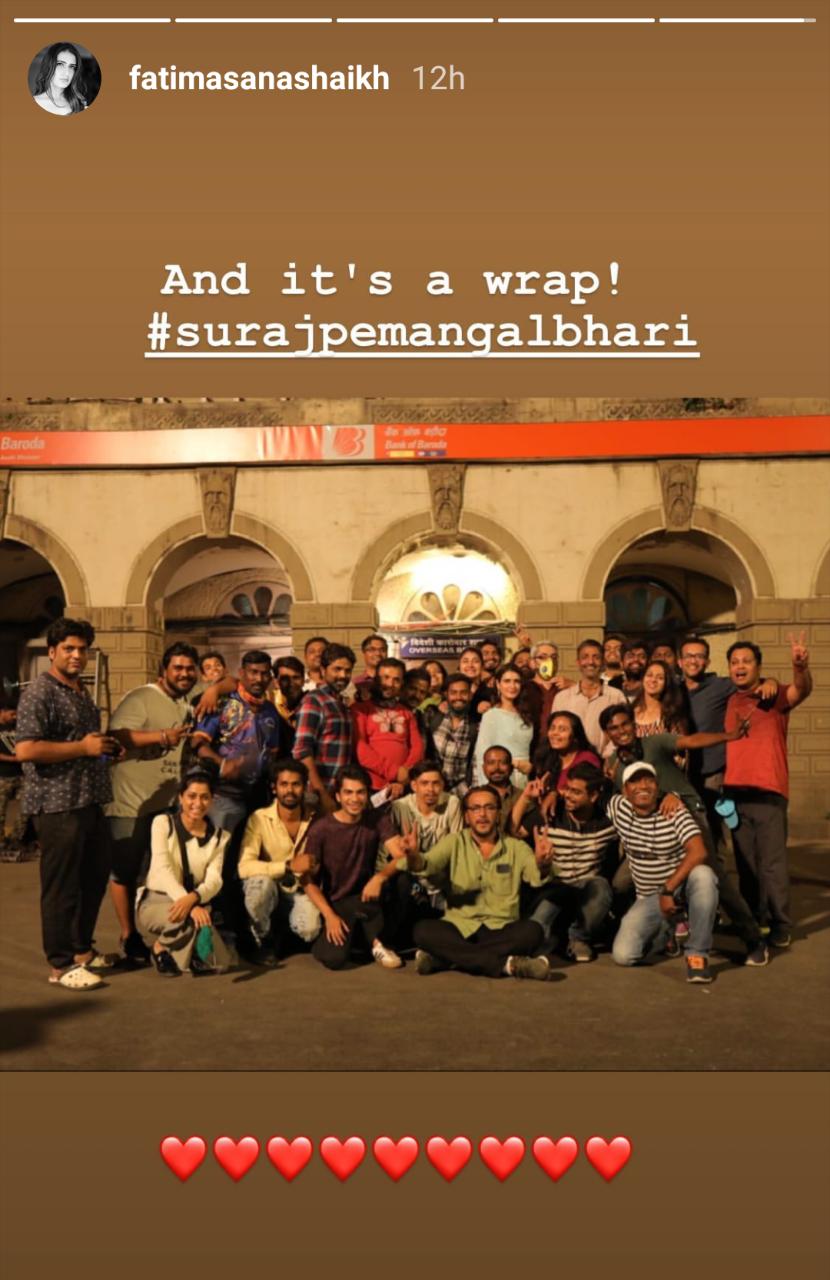 How Fatima Sana Shaikh established herself as a successful actor

The star’s passion and dedication towards her work have had producers expect Fatima to deliver an out-of-the-box performance. A media statement said that Fatima Sana Sheikh has a knack for absorbing, grasping and learning from other experienced co-stars of hers.

She manages to bring a combination of her skills and the additional learnt pointers into her own performance. Fatima Sana Shaikh puts her all into her performances and this can be portrayed by her decision to actually learn wrestling so her character seems much like a wrestler's in Dangal.

Other than Dangal, and Aamir Khan’s Thugs Of Hindostan, Fatima has also been a child actor. Well, Fatima certainly has a packed 2020 due to her two upcoming movies. She is prepping for Anurag Basu’s Ludo as well as Abhishek Sharma’s Suraj Pe Mangal Bhari. With her skills, she is on a journey to become one of the most successful and talented actors in Bollywood.

Also Read | Fatima Sana Shaikh Gives Out Positive Vibes With Her Instagram Moments, Have A Look