Guru Randhawa was recently clicked at the Jodhpur airport. Two fans from the crowd couldn't control and forcefully tried to click a selfie. Watch the video.

Many of us go crazy to get that one fan moment with our favourite celebrity. But some times, the craziness of fans crosses all the limits. Recently, Bollywood singer Guru Randhawa also experienced this, when two fans lost their control to click a selfie with the singer at the Jodhpur airport.

Interestingly, a video of Guru Randhawa coming out of the airport took the internet by storm but not for the good reasons this time. In the viral video, Guru Randhawa is seen walking towards his vehicle from the airport gate. At a distance, paparazzi and fans were waiting to get a glimpse of the singer. He came out in an all-black outfit with a yellow mask on his mouth. All of a sudden, two young fans went crazy and mobbed Guru Randhawa to click one selfie. As the video progressed, Guru's bodyguards tried to control the situation as the singer was upset with the actions of his fans. At the end of the video, he clicked a picture with the fans and left.

As soon as the video broke on the internet, the users started criticising the situation in the comments section of the post. A section of users was disappointed with Guru and his bodyguards for their behaviour with fans. Whereas, another section of the users came in support of Guru Randhawa. One of them wrote, 'I think kid was over excited! Celebrities security can't take risk as he was literally grabbing Guru. Its fine, it keeps happening. Guru has done nothing.'  Check out a few comments below:

READ | Guru Randhawa Impressed With THIS Kid And Wants Him In His Next Video. Read More 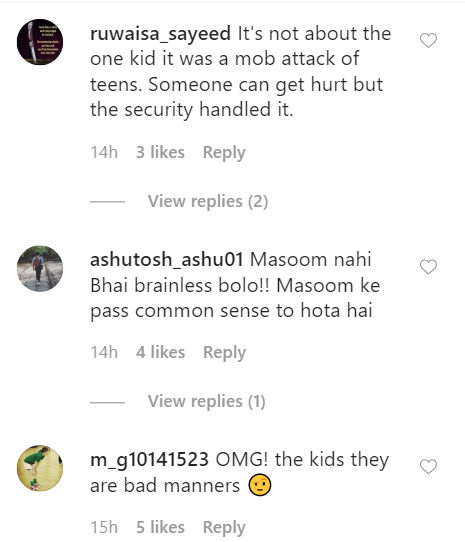 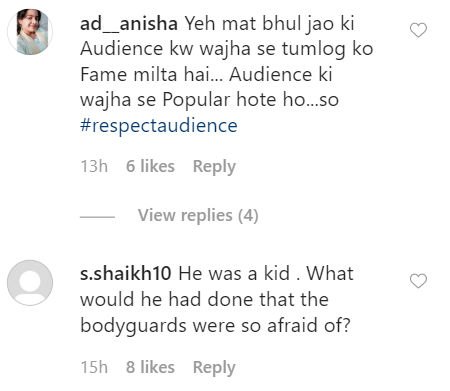