Hrithik Roshan was recently seen in 'War' alongside Tiger Shroff. The actor recently posted a chic picture and fans are going gaga over it. Take a look.

Bollywood actor Hrithik Roshan never ceases to amaze his fans with his social media game. With chic pictures and stylish outfits, the star often wins hearts with his posts. The actor recently posted a black and white picture of himself in a black suit and his fans went totally speechless over it. Take a look at the star's dapper picture.

Hrithik Roshan goes BnW with his picture, fans are speechless with his uber chic picture

In the picture, Hrithik Roshan is seen gracefully pulling off a black suit. The star fashioned a white shirt with a black suit and completed the look with a black bow tie. The actor is seen posing as he runs his hand through his hair while looking away from the camera. 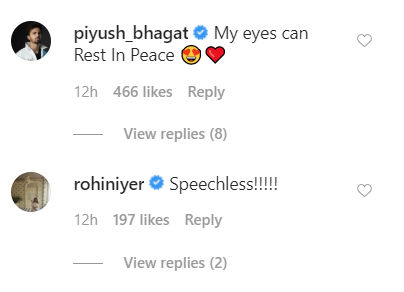 The fans quickly went gaga over the look and began commenting on the actors Instagram. The fans seemed speechless as the comments section as all they used is the fire emoji. Popular publicist Rohini Iyer also took to her social media to comment "Speechless!!!!!!" on the star's picture. Choreographer Piyush Bhagat also commented that his eyes can rest in peace looking at the Super 30 actor's picture.

However, this was not the first time the actor turned up the heat on the internet. He is often seen posting pictures from his vacations and photoshoots where he looks dapper. Here are a few other times that the star managed to make his fans speechless with his pictures.

Last seen in War alongside Tiger Shroff and Vaani Kapoor, the actor is currently gearing up for his projects in 2020. According to sources, the actor will be seen in Krrish 4 reprising his role of Krishna. He will also reportedly be seen in the Bang Bang sequel titled Bang Bang Reloaded.