Saif Ali Khan's son Ibrahim Ali Khan ditched the cricket bat for soccer kicks in the throwback photo with his teammate. Read to know about it in detail.

Saif Ali Khan's son Ibrahim Ali Khan recently took to his Instagram handle to share a throwback picture of himself with his teammate posing for the camera, wearing his football jersey. He added emojis in the caption to express his love for the game with a heart emoji, followed by a football emoji. His fans praised the picture in the comment section of the post.

Also Read | Was Saif Ali Khan Involved In Getting Sara Ali Khan On Board For Rohit Shetty's 'Simmba'?

The love for sports runs in the Pataudi family. Saif Ali Khan's father, Mansoor Ali Khan Pataudi was a cricketer and the former captain of the Indian cricket team. Saif has also expressed his fascination for the game in several interviews in the past. However, Saif Ali Khan's son, apart from cricket, is a fan of football, and his recent Instagram post is a proof.

Soon after he posted the picture on the social media, it got over 70k likes and 400 comments on it.  In the comment section, one user wrote “Carbon copy of Saif Ali Khan,”  while the other wrote, “Soccer and cricket? Not bad Ibrahim,” perhaps referencing to his grandfather. Ibrahim's teammate also commented on the post writing, "I’ll miss our link up play." 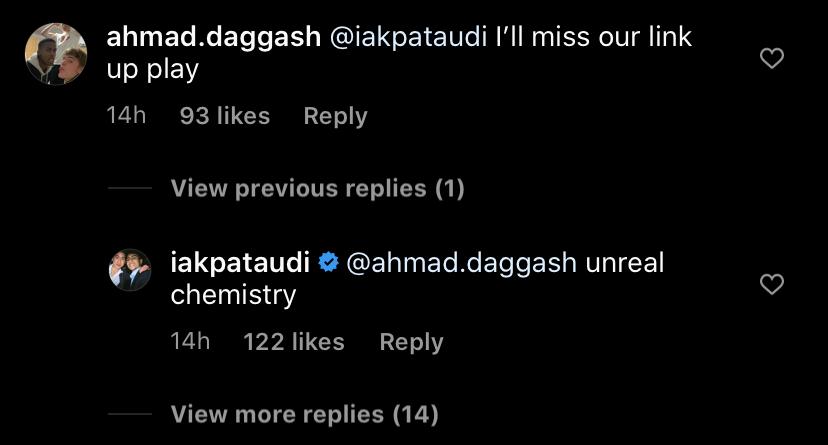 There have been a lot of speculation made about Ibrahim's debut in Bollywood. Recently, in an interview with a media portal, Saif Ali Khan spoke about the same. Saif stated that Ibrahim should join Bollywood as an actor as he is a very charming person.  He also added that he thinks that all of his children would be interested in acting. The Dil Chahta Hai actor further added that Ibrahim is still young, and should focus on completing his education first.

PEOPLE HAVE PLEDGED SO FAR
LATEST NEWS
View all
29 mins ago
Sonu sood’s hilarious reply to man asking for help to reach liquor shop wins internet
44 mins ago
Alia bhatt's films where she essayed the role of an ambitious woman
49 mins ago
Anupam kher completes 36 years in film industry; thanks fans for the 'incredible journey'
2 mins ago
Surbhi jyoti and hina khan in white ethnic suits; see pics inside
36 mins ago
Soha ali khan has the sweetest birthday wish for husband kunal kemmu; check out